The impact of gold mining in the Madre de Dios region of Peru is devastating.  Deforestation scars the landscape and mercury contaminates rivers, but there is another, human consequence of gold mining that has been largely hidden from view– until now.  According to a new report by the labor rights group Verité, forced labor and worker exploitation are common practices in Peru’s illicit gold mines, particularly in Madre de Dios. 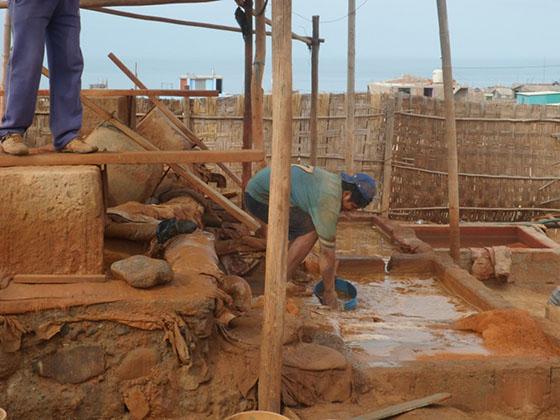 In the course of their research, Verité found “evidence of child and juvenile labor in peripheral services, serious risks to worker health and safety, severe environmental damage, indications of sex trafficking of adults and minors, and the ‘laundering’ of illicitly produced gold to facilitate exportation.”  The report reveals horrifying stories of men and women being forced to work at gunpoint, sold by family members, and sexually exploited in the service of the gold mining mafias. Said Quinn Kepes, lead researcher on the project:“Verité has done research on forced labor in places like Bangladesh, Guatemala, Bolivia, Liberia, and the US.  I haven’t seen anything this bad.”

Illicit gold mines are often extremely isolated and undocumented, making it nearly impossible for workers to escape horrific conditions, and difficult for government officials to uphold the law.  In addition, many gold mines controlled by criminal organizations claim they extract gold via artisanal methods, hiding their large-scale illicit activity behind the pretense of small scale artisanal mines.  Peru’s Ministry of Energy and Mines has recently made the decision to create legal framework to separate artisanal from illicit mining, in order to facilitate the formalization of extraction efforts.

In order to fully address the issue of forced labor in illicit mines, action must be taken by NGO’s, governments, companies, and you.  Besides raising awareness of the high risk of worker exploitation in the gold sector of Peru, companies must increase their ethical performance, and you—the consumer—must demand to know where the gold you buy comes from.  Once gold is melted down, there is no way of tracing it back to its country—or mine—of origin.  Because of this, it is important to only buy gold from retailers who have adopted sourcing standards. You can also contact your legislative representatives, and ask them to take action.

The exploitation of hundreds of thousands of workers by corrupt mining organizations cannot continue.  These people—adults and children—are forced to endure terrible conditions, living in fear of their employers and the violent fate that may befall them if they try to escape. We all can do our part to raise awareness and take action against these unethical practices.  “Everyone who buys, sources or uses gold has to put in more effort,” said Kepes, “or the exploitation will continue.”