Brazil plans to stop the killing of pink dolphins

SAO PAULO — Brazil will temporarily ban the catch of a type of catfish in an effort to halt the killing of the Amazon pink dolphin, whose flesh is used as bait, the Fishing and Aquaculture Ministry said Tuesday. 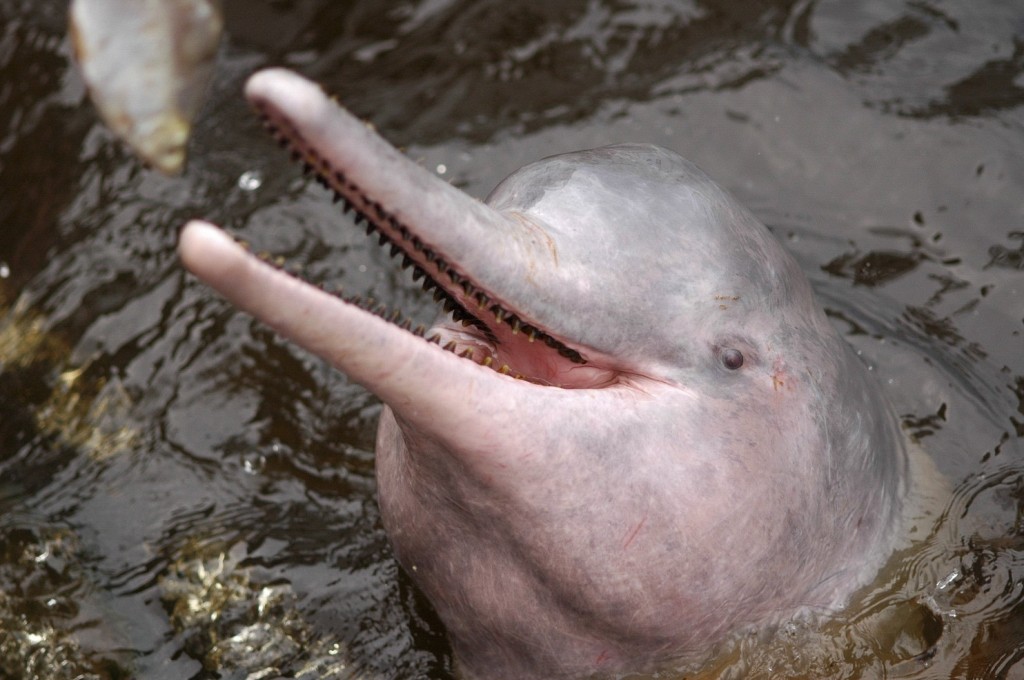 FILE – In this Nov. 2005 FILE photo released by Instituto Nacional de Pesquisas da Amazonia (INPA), an Amazon river dolphin swims in the Airao River in Amazonas state, Brazil. Brazil will temporarily ban the catch of a type of catfish in an effort to halt the killing of the Amazon pink dolphin, whose flesh is used as bait, the Fishing and Aquaculture Ministry said Tuesday, June, 3, 2014. (Sefora Antela Violante, INPA, File/Associated Press)

Ministry spokesman Ultimo Valadares said the government is working out the details of a five-year moratorium on fishing of the species called piracatinga that is expected to go into effect early next year.

“That should give us enough time to find an alternative bait for the piracatinga,” Valadares said by phone.

Nivia do Campo, president of an environmental activist group in the northern jungle state of Amazonas, welcomed the news because more than 1,500 freshwater dolphins are killed annually in the Mamiraua Reserve where she studies the mammals.

She said that since 2000, when fishermen started slaughtering them for bait, the number of dolphins living on the reserve has been dropping by about 10 percent a year. The reserve currently has a population of about 13,000 dolphins.

Poor fishermen are encouraged to use dolphin flesh as bait by merchants from neighboring Colombia, a big market for that species, de Campo said.

Known as the “water vulture” because it thrives on decomposing matter in rivers, the piracatinga is not consumed by people living along the rivers of the Amazon region.

The pink dolphin is under threat, “and if nothing is done to stop the killing it will become extinct,” de Campo added. “That is why the moratorium is excellent news. It will allow us to discover other baits fishermen can and continue earning money selling piracatinga she said.

The moratorium will also help stop the killing of the Amazon caiman, whose flesh is also used as bait to catch piracatinga.

For centuries, the pink dolphins have been revered by locals and protected by myth. According to one tale, the dolphins transform into handsome men and leave the water at night, seducing local women before returning to the river. Many consider it bad luck to kill them.

Copyright 2014 The Associated Press. All rights reserved. This material may not be published, broadcast, rewritten or redistributed.