On October 6, bishops, priests, activists, scientists and indigenous leaders gathered in the gardens of Vatican City to plant a symbolic Amazonia tree. The ceremony marked the beginning of a three-week assembly known as the “Amazon Synod.” 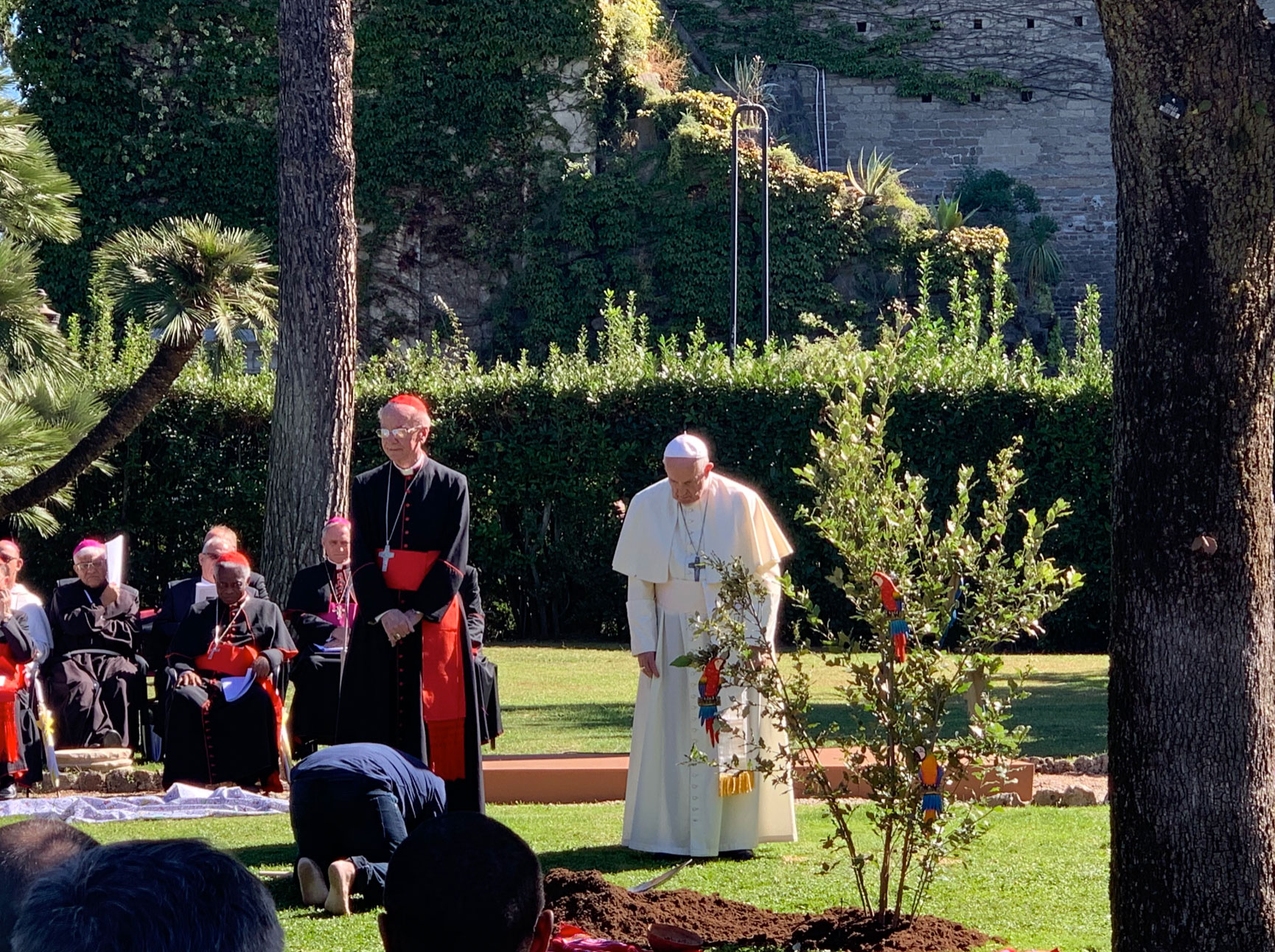 The tree planting ceremony from the Amazon Synod

Led by Pope Francis, the Amazon Synod focused on ways the Church can maintain a beneficial presence in the Amazon, particularly by expanding the role of women and giving the Church an “indigenous face.” The final document of the synod praises the Amazon as the “biological heart” of the world and implores humanity to reverse the region’s “rampant race to death,” catalyzed by climate change.

Throughout his papacy, Pope Francis has made the welfare of the rainforest and indigenous peoples a priority. In 2015, he worked with scientists to publish the landmark encyclical Laudato si, which critiques the rising tide of consumerism, overdevelopment and environmental destruction.

Naturally, Pope Francis’s interest in the region attracted the attention of Sarah DuPont, Founder and President of the Amazon Aid Foundation. In 2018, she attended the Vatican’s International Conference on Ecology and presented Amazon Aid’s award-winning documentary River of Gold. 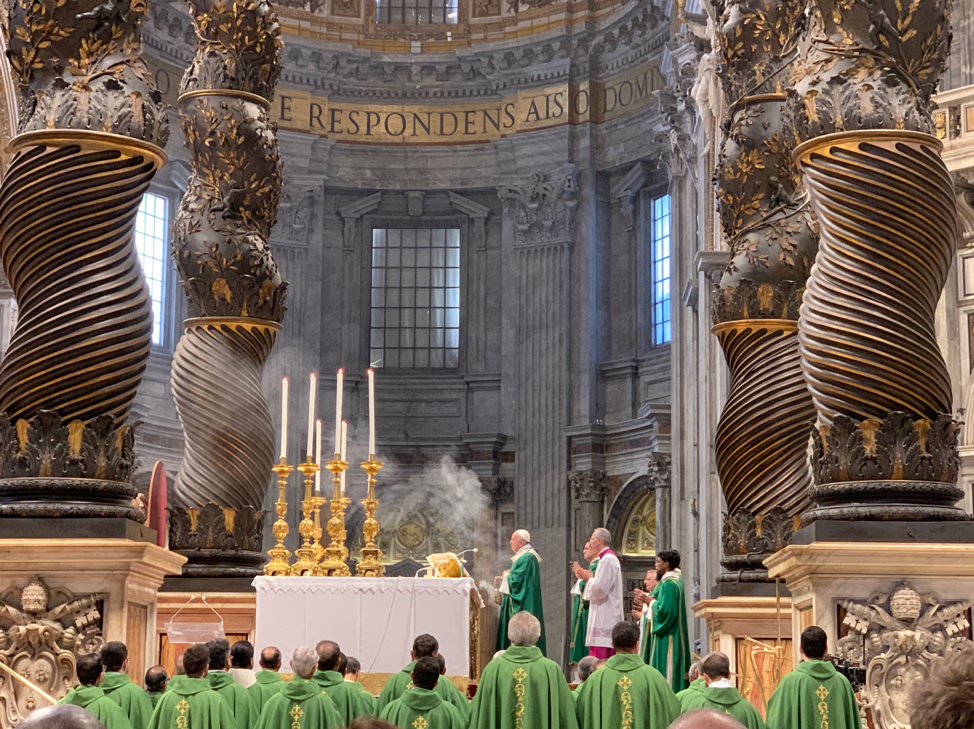 Clergymen wore green during the opening ceremony of the Synod to honor the natural world and the Amazon rainforest.

“The Pope’s commitment to protecting the planet can motivate people from around the world, not only to save the Amazon and the world’s forests, but to take action in their own back yard,” says DuPont, “I am grateful to the Pope and his constituency for not only pushing for change on a grassroots level, but tackling it through conversations with governments, companies and individuals worldwide.” 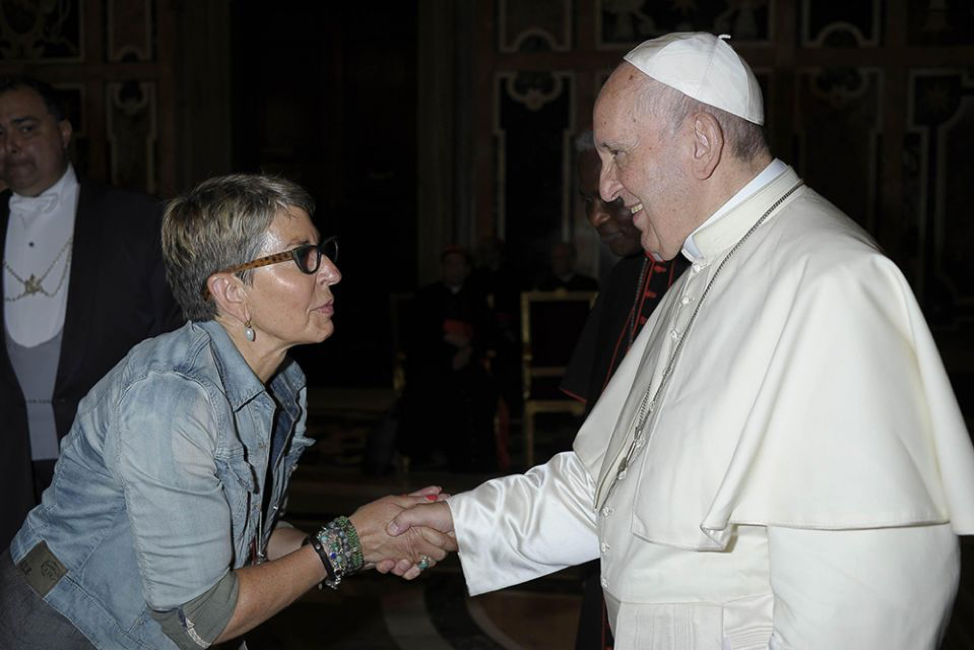 DuPont was among those present during the opening ceremony of the 2019 Amazon Synod, which she called a “magical experience.”

While in Rome, she also spoke about the importance of the Amazon at the Franciscans’ Global Catholic Climate Movement‘s “Voices of the Amazon” event. Like the Pope himself, the Franciscan order takes its name from Francis of Assisi, a medieval saint associated with patronage of animals and the natural world. 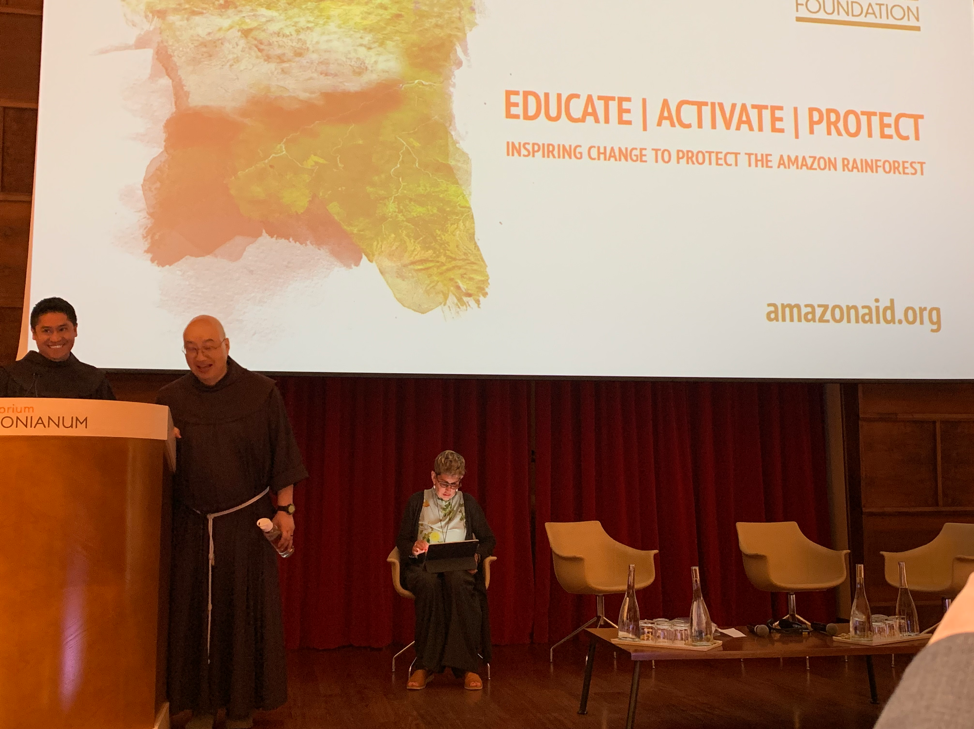 DuPont about to present before the Global Catholic Climate Movement’s “Voices of the Amazon” event.

“The Franciscan Order is an amazing community of individuals on the ground tackling issues of poverty, human rights violations, environmental sustainability and the protection of all creatures great and small,” explains DuPont, “As a child, I admired and was grateful to Saint Francis for his mission to treat all beings with dignity and reverence.” 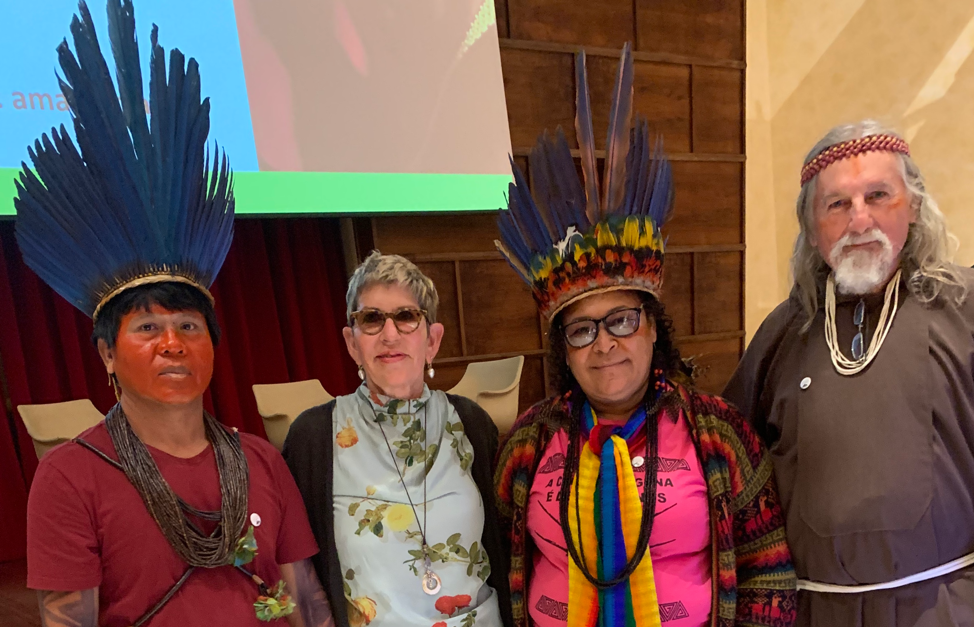 DuPont stands with indigenous leaders and a Franciscan during the Global Catholic Climate Movement’s “Voices of the Amazon” event.

Regrettably, many have been critical of progressive efforts by Pope Francis and Franciscans to defend indigenous peoples and the Amazon. Several Catholic clergymen accused Francis of “sacrilege and superstition” for incorporating statues of the mother earth goddess Pachamama in the Synod’s ceremonies. A pair of ultra-conservatives even stole indigenous statues from a nearby church and threw them into the Tiber River. 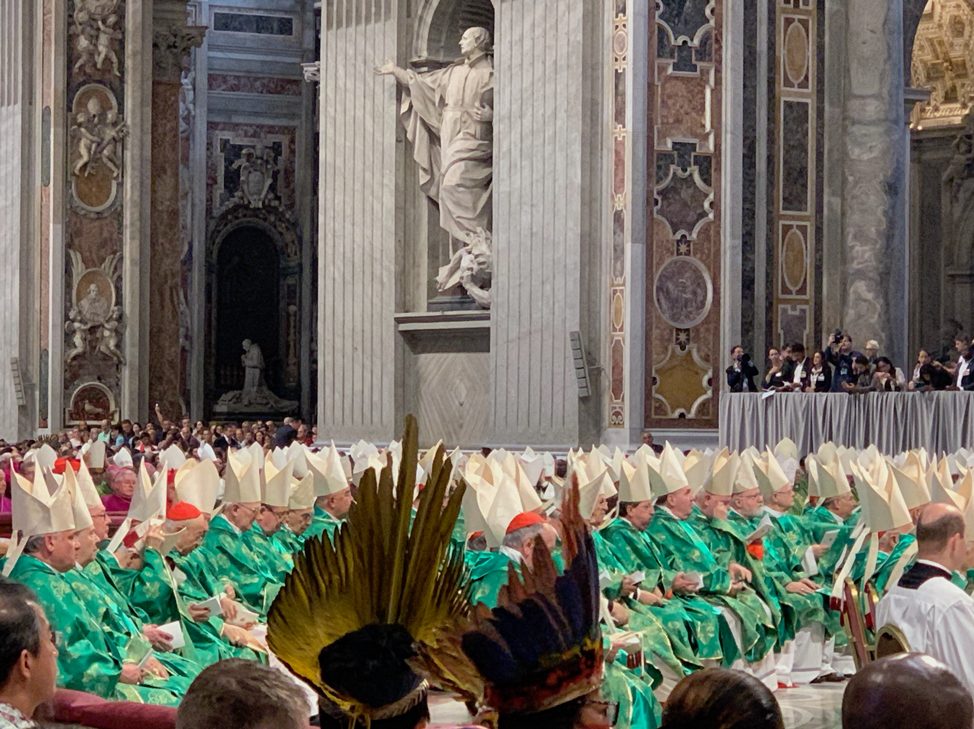 Clergymen, Indigenous Leaders and Others inside St. Peter’s Basilica

Pope Francis remained steadfast in his solidarity with the Amazon and its peoples. He asked forgiveness from indigenous participants offended by the act and concluded the Synod with a reminder that “the Church must always reform.”

The lesson applies as aptly to clergymen as to any citizen of the developed world. If we refuse to adapt our traditions and daily habits, we will be powerless to confront the exploitation devastating the Amazon rainforest.