Winter in the Rainforest 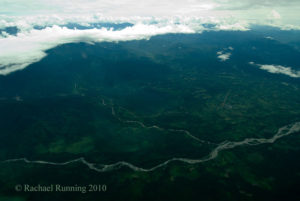 As winter settles in on the Midwest, dramatic changes are everywhere. Leaves have fallen off the trees; a brisk, frigid wind sweeps through the streets. In the morning, plants, trees, and buildings are pale and sparkly with the frost that descends at night. The pace of life seems to slow as well, with people choosing to stay warm and cozy inside rather than go out and about. The change in season has a significant impact on life in this part of the world. As I collect socks, sweaters, and jackets in preparation for the cold months ahead, I find myself wondering what winter looks like in the Amazon Rainforest. Of course, the Amazon isn’t experiencing snow, frost, and freezing temperatures, but are there any seasonal changes that occur in the rainforest? I’ve always thought of the rainforest as a relatively static place- always green and lush no matter what the time of year. But in the spirit of understanding the Amazon as a place (albeit far away) in the same world where my everyday life and familiar experiences occur, I thought I’d investigate further.

It happens that there are actually distinct seasons in the Amazon, though they are very different from the winter, spring, summer and fall that happen further from the equator. There’s a wet season and a dry season, and it turns out that there is a really interesting connection between them. 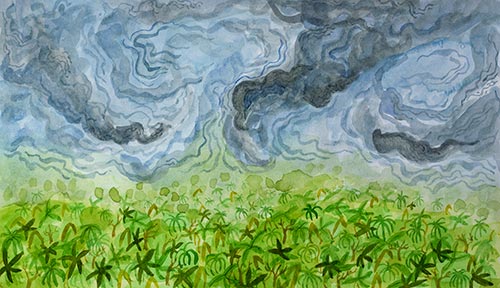 In temperate climates, plants grow more and trees produce an abundance of leaves during spring, when there’s a lot of rain. This makes sense, because water is often a limiting factor on plant growth, so plants can grow more easily when there’s more of it. In the Amazon, however, this is not the case. Many mature plants have roots that extend so deep into the earth that they can reach water even during the dry season [1]. In fact, plants in the Amazon tend to grow more during the dry season: trees sprout many new leaves, which greatly increases leaf coverage.

What causes there to be more growth during the dry season? It turns out that I’m not the only one wondering. Scientists have been studying the phenomenon extensively, trying to figure out why the rainforest would operate in such a counter-intuitive way. It is only in the past ten years or so that this aspect of rainforest ecology has even been researched, since it is made possible by new technology in remote sensing. They have found a couple of different factors at play. First, since rainforest plants tend to have enough water and warm temperatures, their growth depends most on the amount of sunlight they receive. So, during the wet season when there are lots of clouds, plants tend to grow less than during the sunny, dry season [2].