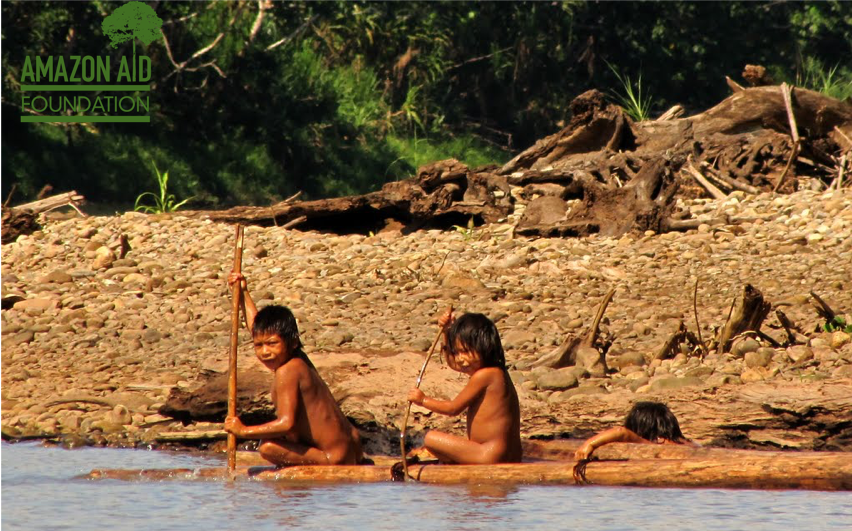 A blood-orange sun is setting over the canopy by the time the miners finally extract a few grams of gold. To get it, they had to clear a patch of trees and dig deep into the ground, scoring a crater in the forest. Once they reach the stream bed, they mix gold-bearing sediment with toxic mercury to bind the gold. The miners lumber home in the dark, too exhausted and poor to think about how that mercury may affect them or their environment.

But the mercury lives on. Some of it seeps into the miners’ skin. Some evaporates in the sweltering heat. Some leaches into streams and rivers, where it bioaccumulates in fish and is consumed by people.

This scene could happen in almost anywhere in the Amazon, in any country. It is a pattern growing more and more common, even while natural cycles like rainfall or the migration of the Amazonian manatee grow more and more irregular. 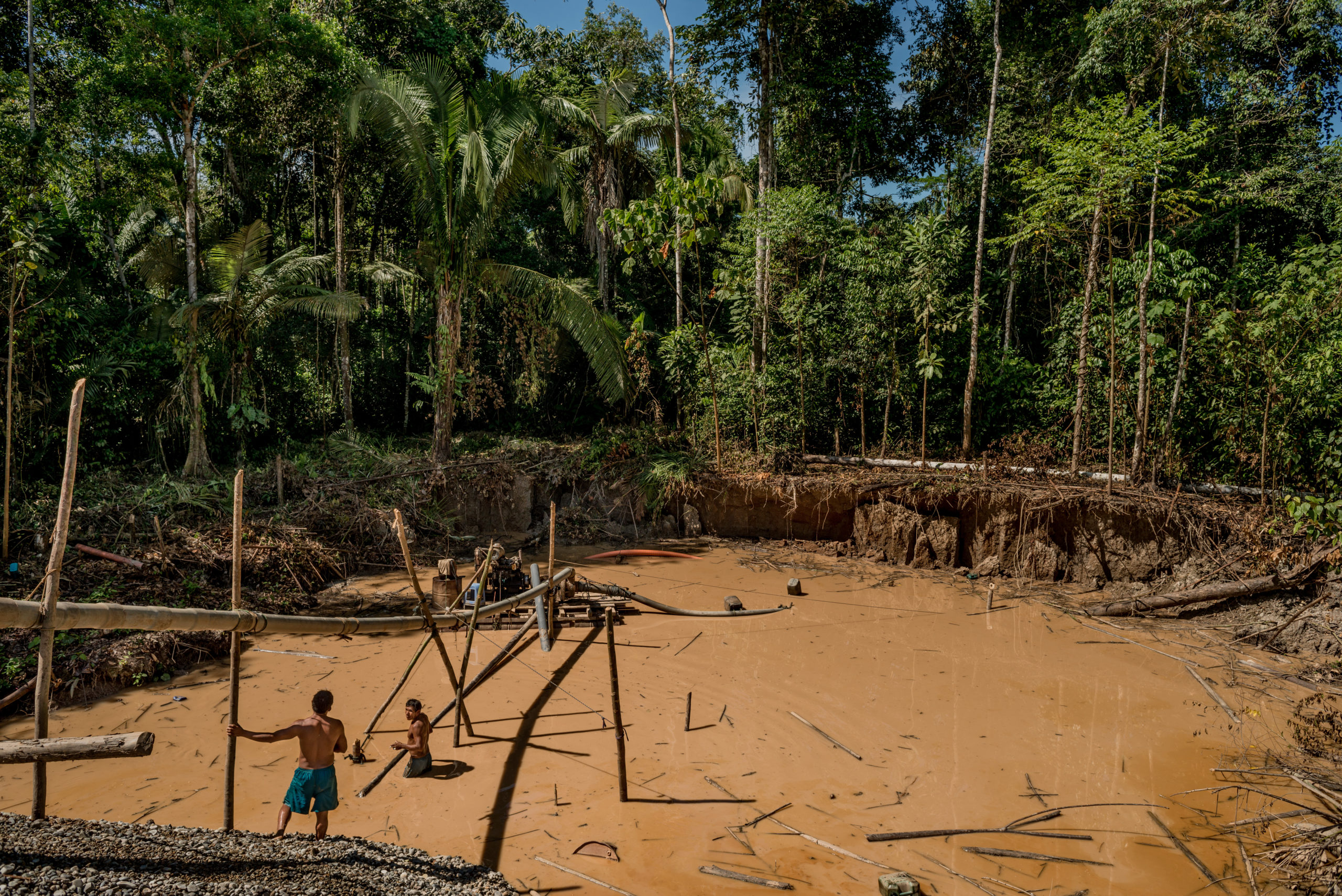 Miners dig a pit in the rainforest to find gold in the indigenous San Jacinto community in Madre de Dios, Peru.

Once in the body, mercury attacks the central and peripheral nervous systems, the digestive tract, the immune system and the lungs and kidneys, causing tremors, insomnia, memory loss, headaches, muscle weakness, and, in severe cases, death.

While mining with mercury affects all nearby communities, indigenous groups who rely on the forest for survival bear the heaviest burden. Here are two tragic cases of mercury poisoning in native peoples of the Amazon:

No group has been as devastated by the pursuit of gold as the Yanomami, a tribe of about 35,000 people in the Northern Amazon.

Yanomami society consists of thousands of independent villages, where people live in oval structures called shabonos. Villagers gather in large, open-air fields at the center of these shabonos to perform rituals and make political decisions, typically by consensus. The Yanomami are shifting cultivators, farming until the soil becomes infertile, then moving on.

Despite covering an area the size of Virginia, the Yanomami remained isolated from Westerners until the arrival of Christian missionaries in the 1950’s. Thirty years later, around 40,000 gold miners invaded Yanomami territory, wiping out twenty percent of the population from violence and disease.

Although the Brazilian government established land protection in 1992, the Yanomami are suffering from a second gold fever today. Bolstered by President Bolsonaro’s lax policy and aggressive rhetoric, thousands of miners have flooded the region, clearing forest and polluting rivers. A 2018 study showed elevated mercury levels in many villages located near gold mines. 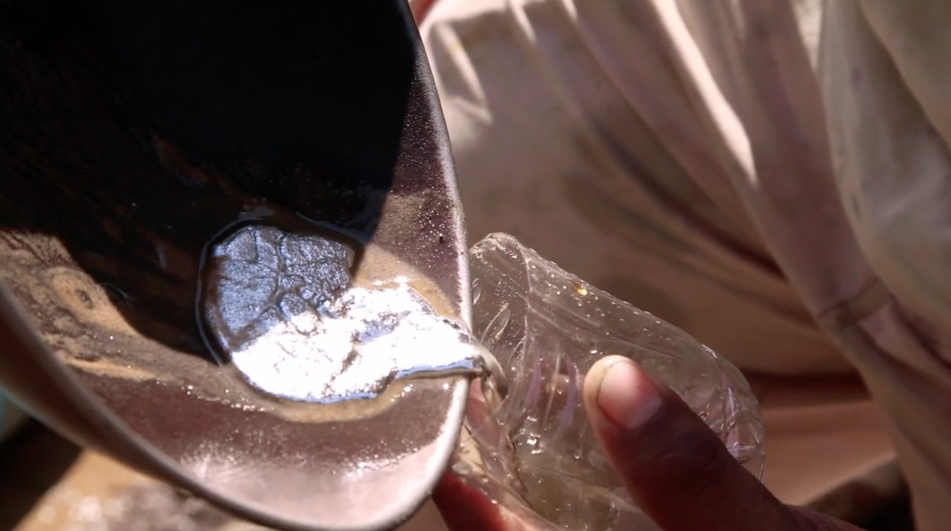 A miner mixes mercury with gold-bearing sediment by hand.

Amazingly, the Yanomami have learned to concoct a poison from nine different species of vines, which they mix in the river to stun fish. Because mercury bioaccumulates in fish, this incredible practice may actually be poisoning Yanomami communities rather than sustaining them.

The Witoto: survivors of a broken landscape

Hundreds of miles west of Yanomami territory, along the Amazonian borderland of Peru and Colombia, the Witoto people endure the same hardships brought on by gold and mercury. A recent article in the Colombian magazine Semana spotlighted widespread mercury poisoning in a remote Witoto community, including children with malformations, congenital diseases and cognitive delays.

Gold mining is not the first industry to devastate Witoto culture. In the mid-19th century, fortune-seekers hoping to capitalize on the rubber boom flooded the Putamayo basin, enslaving the Witoto, Bora, Andoke and other tribes. Brutal labor conditions and the spread of disease reduced the population from 50,000 to under 10,000 in 50 years. The survivors dispersed, some returning to their homeland, others assimilating into other regions.

While Witoto communities today have adopted many Western customs, fishing remains essential for culture and survival alike. Many Witoto eat fish daily, including the tiger catfish, known as the inaei, which can reach 150 pounds. When one is caught, the community holds a celebration. 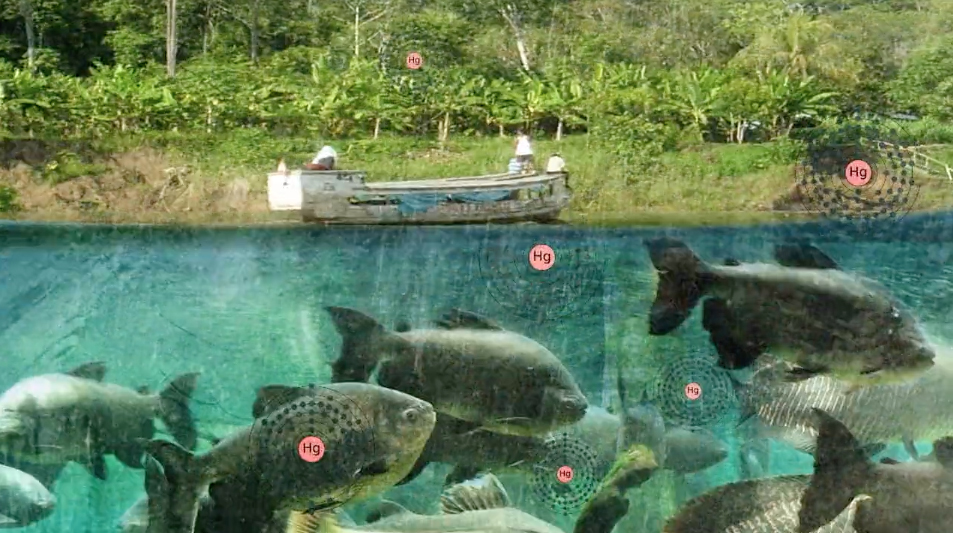 Mercury (Hg) bioaccumulates up the food chain in fish, which are later consumed by local communities.

Yet, for some Witoto communities, eating fish has become a greater source of fear than joy. A 2014 study showed that these fish contained mercury levels about 4-5 times the WHO’s maximum level for safe consumption. While the Putamayo basin’s Caquetá river has been contaminated with mercury continuously for the last 50 years, criminal groups have recently expanded the region’s gold sector, which has become more lucrative than cocaine.

When tremors and cognitive impairments became widespread, one Witoto community entertained the idea of becoming vegetarian. After some discussion, they had to rule it out. Without fish, they simply can’t survive. 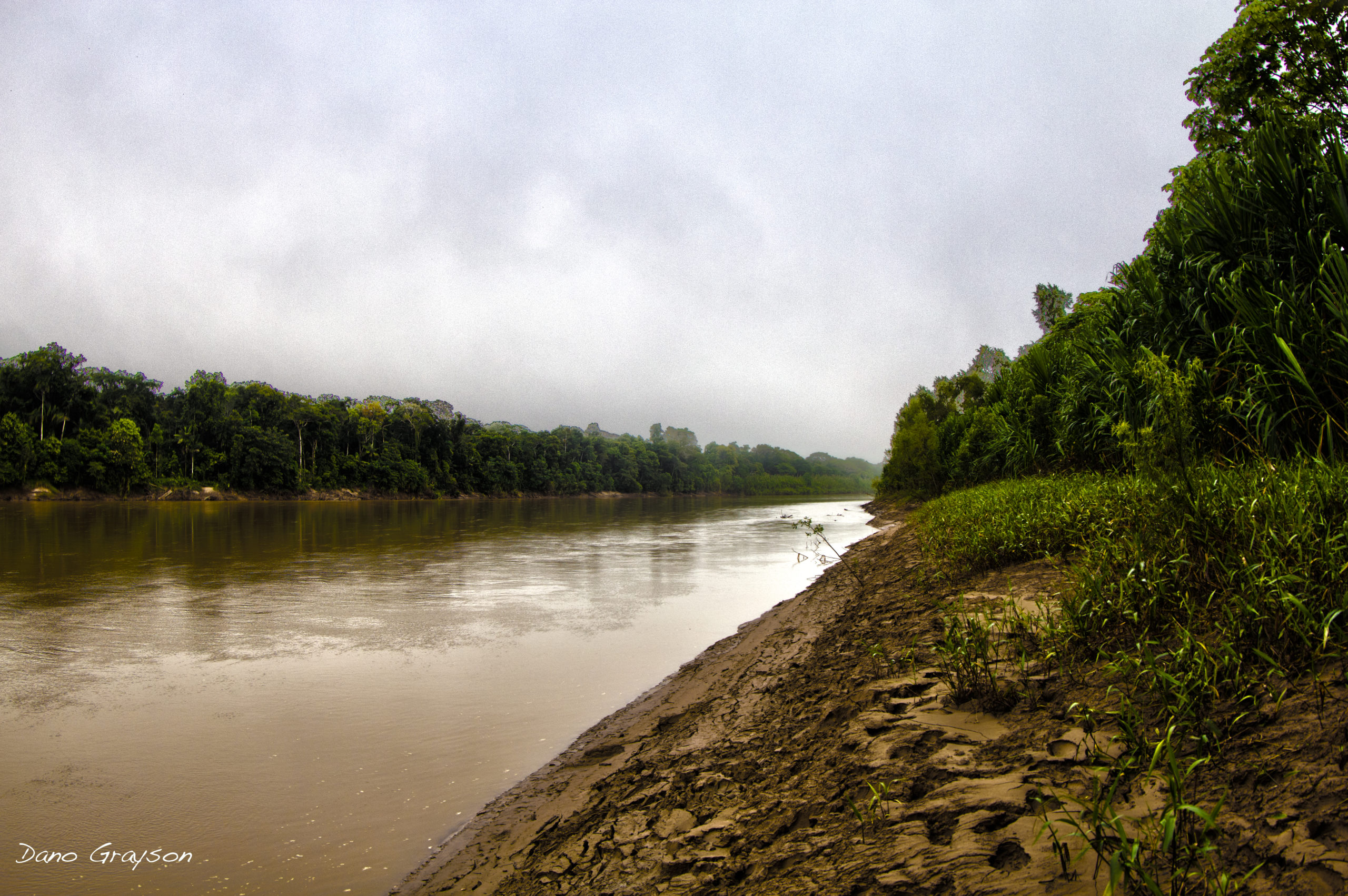 The Manú River in southeastern Peru, which flows down the Andes and eventually joins the Amazon River.

Since Columbus discovered America, our lust for gold has led to the ruin and slaughter of Indigenous Americans. While the era of genocide and slavery may be over, our demand for gold today is driving cycles of pollution and deforestation.

To help end our destructive legacy of gold-seeking, learn how you can become a better consumer or join Amazon Aid Foundation’s Clean Gold Campaign.