Sarah duPont honored by ImpactMania as a Woman of Impact

2017: Sarah duPont, mom of four, educator, filmmaker, and founder of Amazon Aid foundation, was honored last year by Impactmania as a “Woman of Impact.” 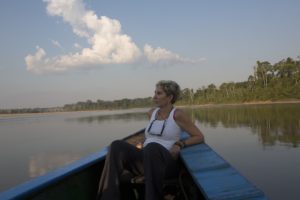 Impactmania is an online platform featuring people and projects that drive cultural, social, and economic impact. This to inspire, involve, and connect current and next-generation’s impact makers. Impactmania has a partnership with Newton Paiva University, Brazil and AD&A Museum, University of California, Santa Barbara (UCSB).

A number of Impactmania‘s interviewees and their projects have gone on to be featured at the White House, in the New York Times, Wall Street Journal, Business Insider, Wired, etc. Impactmania has become a source cited by Harvard Business School, University of Southern California (USC), and the U.S. Consulate.

Impactmania reports: “Sarah experienced a pristine Peruvian Amazon in the summer of 1999, when she returned to the area ten years later, she witnessed a mercury-filled slush caused by illicit and unregulated gold mining. 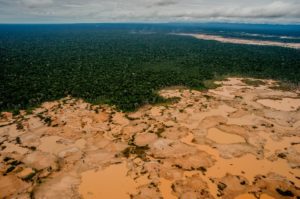 Today (until Nov 17th) the head of states are debating at COP23: UN Climate Change Conference in Bonn — but your voices are what counts. Read the interview!”

Sarah duPont: The Voice of the Amazon 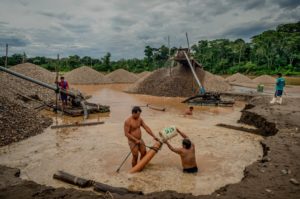 interviewed more than 300+ people in 30+ countries, spanning various disciplines and various for-profit and for-purpose enterprises. One of impactmania’s video stories was featured at the United Nations (UN) in 2017.

Feature photos here and in interview blog by Jon Golden and Thomas Munita.