“Trees are poems that the earth writes upon the sky.” ― Kahlil Gibran

The Amazon Rainforests has the largest amassing of trees, holding three times more trees than stars in the Milky Way. There are around 390 billion trees-so many that they make their own rainfall. Every day the trees in the Amazon release 20 billion tons of moisture, seeding the clouds with rain.
At the current rates of destruction the Amazon could  be gone in 40 years.
Without the Amazon, the world will forever change.

Why are trees important? 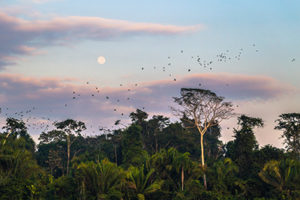 The longest living organisms on Earth are trees. Today there are approximately 3 trillion trees standing with around 15 billion lost yearly due to deforestation. Humans have destroyed around 46% of all trees on the planet. It can take hundreds to thousands of years for a healthy forest to evolve. It can take only a short period of time, sometimes days and weeks, to cut them down.

“A nation that destroys its soils destroys itself. Forests are the lungs of our land, purifying the air and giving fresh strength to our people. ” ― Franklin D. Roosevelt

Trees are integral to the health of our planet. They provide habitat and life- food, nourishment, and shelter-to many of the earth’s creatures, including humans. Through the process of photosynthesis, trees take in carbon dioxide and produce the oxygen we breathe. Trees shade us from the heat, protect us from the rain and wind, conserve water, preserve soil, clean the air of pollutants and pull toxic levels of carbon into their trunks, branches, and roots helping to keep the world cooler. Research has shown that naturally grown forest’s are 3 degrees C cooler than those forests managed or disturbed by humans.

Each tree is its own majestic ecosystem that is filled with activity and energy -pollinators and seed dispersers, predators and the
preyed upon-biodiversity-a giant intertwined web- teeming with abundance. Large stands of trees are healthier together, attracting higher numbers of species. When a forest or tree becomes isolated, the movement of plants and animals becomes compromised and can create a long term decline in population. Moreover, deforestation can reduce the amount of rainfall. Without trees, areas can dry out and can turn into desert. 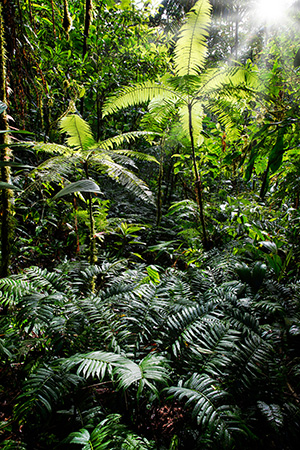 Why do trees protect each other and create alliances and share resources with other trees?

Healthy, stable forests are more resilient and successful, with a greater capacity to reproduce and live longer. Trees have evolved to protect their neighboring trees, which protects the overall health of forests as a functioning system.

How do they do that?  Interesting new research has substantiated that trees are sophisticated communal organisms that live in families connected by fungal underground networks that share water and nutrients.  The older mother trees are critical for the health of forests with their deep roots that draw needed nutrients and water from the soil to share with nearby struggling trees or shallow rooted seedlings. Cutting down mother trees can greatly affect and compromise weaker neighboring trees.

Trees also communicate with each other through the underground web and the air via scented pheromone signals. Distress signals related to drought, disease, or insect attacks are sent by trees to their neighbors to warn them of an imminent intrusion. The imperiled tree can alter its behavior and in some cases release toxic chemicals to stop or deter the attack. An interesting example is the Sub-Saharan African Acacia Tree whose leaves are oftentimes tasty meals for the giraffe. When leaves of the Acacia Tree are eaten the tree releases Ethylene Gas to warn their neighbors of the invasion. On receiving the warning signal the neighboring Acacia Trees prepare to defend themselves by pumping tannins into their leaves which in large quantities can sicken and even kill animals. 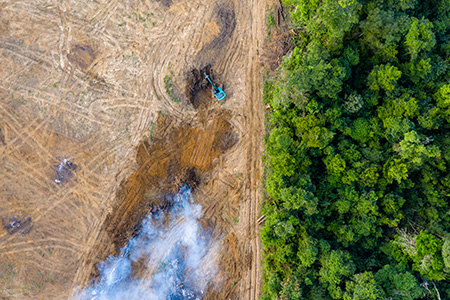 Research has also shown that when a tree is cut, it sends electrical signals that are similar to humans when the tissues of our bodies are wounded.

“This oak tree and me, we’re made of the same stuff.” ― Carl Sagan

Let’s think before we cut down a tree. Help protect the greatest forest in the world-The Amazon Rainforest!