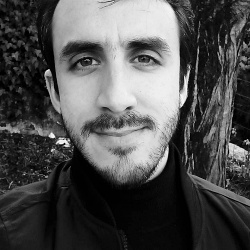 In 2019, levels of deforestation went up between 20-30% in the Amazon region, which resulted in further illegal exploitation of resources by miners, loggers and farmers as well as the prioritization of corporate interests over the preservation of ecosystems that are essential for the survival of millions of species, including us humans. This destructive tendency continues to grow exponentially and is also posing an existential threat to the indigenous communities. The importance of the topic is what drives us to tackle the creative challenges facing us and offer you a pertinent transmedia storytelling adventure. We’re looking forward to your support so we can share the story with a wide audience.

Scientists suggest that the Amazon began to emerge 10 million years ago. Now what has taken millions of years to create, a place teeming with life and beauty, is being destroyed at a rapid pace. Some experts have said that at the current rate of destruction, the Amazon could be gone in 40 years.

Can you imagine a world without natural beauty? Help protect the Amazon.

Tiago Araújo (b.1991) is a visual artist, animator, and illustrator from Porto, Portugal.

Since his early years, he has been fascinated by drawing and visual storytelling as an efficient tool to navigate inner and outer worlds.

He studied Fine Arts – Multimedia in the Faculty of Fine Arts of the University of Porto and has a MA degree in Animation and Illustration from the IPCA Polytechnic Institute. He has been working since 2009 as a freelance illustrator and started his path in film and animation in 2016 with the short-film ‘Patrioska’ – which was part of the official selection and was screened in more than 60 film festivals worldwide like Animafest Zagreb, Capital City Film Festival and Landshut Kurzfilm Festival.

He is currently developing alongside Simon Becker (graphic designer and founder of Studio B2302) and Marijn Brouckaert (writer), the picture book “Tikiriri in the Land of the Faceless Giants” which is enhanced with augmented reality. This educational project allows to spark an insightful conversation with children about the deforestation of the tropical rainforest.

Now based in the vibrant city of Berlin, where he works as a teacher and artist, his creative practice is focused on the creation of visual narratives that feed the collective imaginary and offer possibilities of healing and social change.