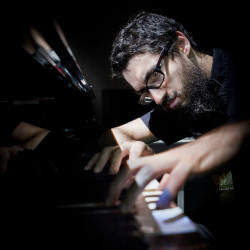 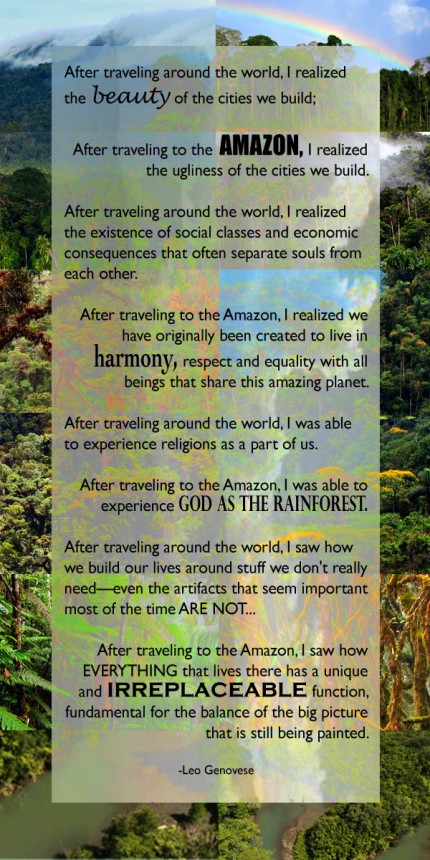 Leonardo Genovese was born in Venado Tuerto, Argentina in 1979. After some years of studying classical piano at the National University of Rosario as well as private lessons in contemporary music, he moved to Boston in 2001. He started his career at Berklee College of Music where he studied with Danilo Perez, Joanne Brackeen and Frank Carlberg, among others. Leo graduated as a Professional Music Major in 2003 and has been constantly performing and recording with talented musicians such us Hal Crook, Darren Barrett, George Garzone, Francisco Mela, Joe Lovano, Bob Gulloti, Phil Grenadier, Dave Santoro, Chris Cheek, Michael Janisch and Ben Monder. In 2004, he released his first solo album entitled Haikus II signed by Spanish label Fresh Sound Records. He also performs regularly with the Esperanza Spalding Group, the Mike Tucker Quartet, Planet Safety (w/Bob Gullotti and Dave Zinno), Wayne Shorter Group and Jack Dejohnette.

When he’s not touring with Spalding, Genovese – who is currently based in New York – also plays with a loosely assembled group called the Chromatic Gauchos, whose core membership includes Bob Gulloti, Dan Blake and John Lockwood. This threesome, along with Spalding and percussionist Sergio Miranda, appears prominently on Seeds. While Genovese is still early on his career arc, he hopes that his music could eventually be more than just a source of entertainment, but also a force for change in a world that is troubled by economic, social and political challenges. “I would like it to go somewhere positive, somewhere helpful,” he says. “I would like for people to really gain something worthwhile from it. There are so many people around the word in need. Most of us never realize it, because most of us have the basic necessities and much more. But some people – many people – have very little.”

He adds: “I want to make people more aware of the many different circumstances – and sometimes difficult circumstances – that other people face every day. A lot of it has to do with having the right intention. Music is a lot like people in that way. If it comes from a good place, it’s more likely to bear good fruit.”​

In 2011, Leo traveled to the Peruvian Amazon with fellow musicians Esperanza Spalding, and Leni Stern and was a witness to the beauty and importance of this critical ecosystem.