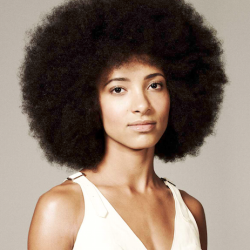 If “esperanza” is the Spanish word for hope, then bassist, vocalist and composer Esperanza Spalding could not have been given a more fitting name at birth. Blessed with uncanny instrumental chops, a multi-lingual voice that is part angel and part siren, and a natural beauty that borders on the hypnotic, the prodigy-turned-pro might well be the hope for the future of jazz and instrumental music.

From her early years to current success as a creative musician, Esperanza Spalding has charted her own course. The young bassist/vocalist/composer has blazed unmarked territory, garnering Best New Artist at the 53rd Grammy® Awards. This is unprecedented by a jazz musician, and is the theme of Spalding’s musical life.

Spalding has already reached numerous developments in her career. Her journey as a solo artist began with the 2006 release of Junjo, followed by her 2008 international debut recording of Esperanza, quickly topping Billboard’s Contemporary Jazz Chart and becoming that year’s best selling jazz album worldwide.

Numerous awards and appearances followed, including an invitation by President Barack Obama to appear at both the White House and the Nobel Peace Prize Ceremony, performing at the 84th Academy Awards, and an appearance on the Late Show with David Letterman that found Letterman and bandleader Paul Shaffer proclaiming the young musician as the “coolest” guest in the program’s three-decade history.

Maintaining her lifelong passion for new sounds and uncharted territory, Chamber Music Society and Radio Music Society have topped international music charts and gained multiple awards and Grammys®. In her ongoing commitment to innovate and make the unprecedented her norm, Spalding brings with her the ever-expanding collage of art and music, along with support for education, social issues, and literature.