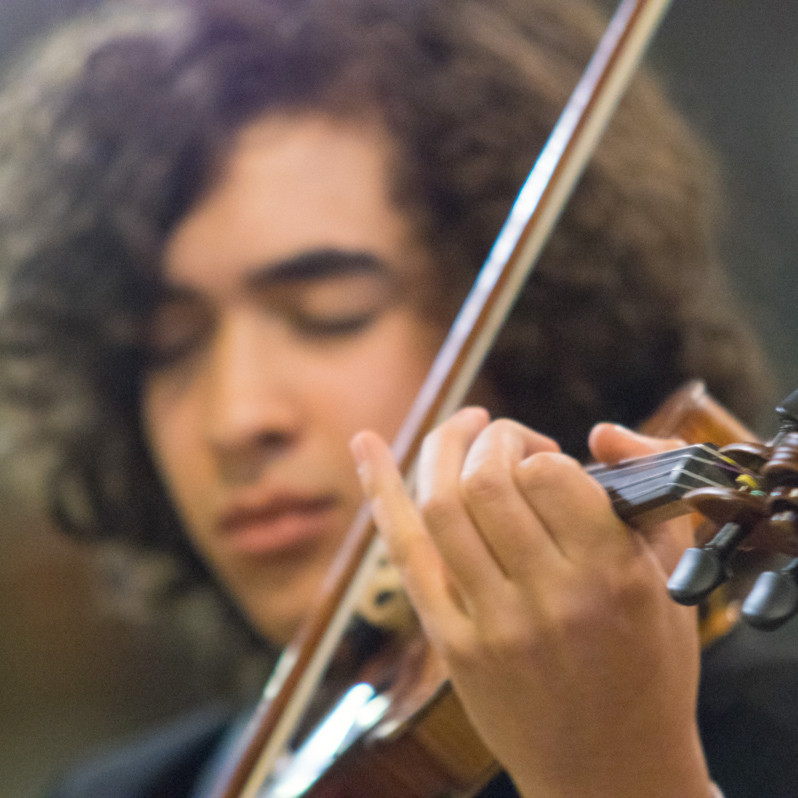 The Amazon, with its whole ecosystem, is extremely vital and crucial for our planet and the lives on it. It is not only indispensable as the major source of oxygen and the regulator of the climate, but also as the life-saving source of many critical medicines. It is under threat of COVID-19, invasion, deforestation and climate change. The scale of the threat should not be underestimated and urgent action should be taken before it is too late. It is everyone’s responsibility to be aware of the menace and do whatever is needed to save The Amazon.

Bartu Elci-Ozsoy, born on 31 August 2003, is a violinist, conductor and composer, and a student at the prestigious Paris Conservatory.

He made his debut in Paris at the age of 15 by conducting his 1st Symphony and playing the Violin Concerto of Mendelssohn on 26 May 2019 at a reputable concert hall with the Orchestre Sinfonietta de Paris. He also conducted the 29th Symphony of Mozart at the same concert which was attended by a large audience as well as important personalities including the former Prime Minister of France.

He donated all the profit of the Premiere to the Notre Dame Foundation for the reconstruction of the Cathedral after the fire.

Bartu has been carrying out a lot of solidarity projects since the breakout of COVID-19 pandemic. He launched and managed collaborative projects with artists all over the world for good causes (for example he raised funds for the Médecins du Monde (Doctors of the World) to help the most fragile by producing music videos, played for nursing homes to give their residents hope and courage, created and led a virtual orchestra for youth solidarity, etc.).

He has recently designed, launched and led collaboration projects for raising awareness about the challenges facing The Amazon.

Bartu gave his “avant premières” concert on 17 May 2019 at the Salle de Concert in Le Mans, France, with the Symphony Orchestra ‘Les Concerts du Mans’.

After his premiere, Jean-Claude Casadesus, one of the greatest French conductors, started to teach and mentor him.

Bartu showed signs of great interest in classical music at a very young age. His absolute pitch was noticed when he was three. He deliberately chose to play the violin at the age of four and said in his first lesson that he “wants to start playing baroque pieces”. He quickly learned to read the scores and began to write scores of simple pieces he had heard. Before his fifth birthday, he began studying music theory and composition saying “his head is full of music waiting to be written”. Two of the first pieces he composed when he was 5, were presented to the US President in 2010 during the Presidential Summit on Entrepreneurship.

He was admitted to Paris Conservatoire at the age of 15 in the class of Alexis Galpérine, a pupil of Ivan Galamian and Henryk Szeryng.

Bartu has participated in masterclasses and summer schools of renowned musicians and teachers such as Vadim Repin, Alexis Galpérine, Alexander Markov, Stefan Kamilarov and Yair Kless. Bartu studies harmony, counterpoint ad musical writing with Isabelle Duha, professor at the Paris Conservatoire. He started his conducting lessons at the age of 14 with Dominique Fanal, the principal conductor of the Orchestre Sinfonietta de Paris, then guided by Jean-Claude Vincent, former conductor and musician of Paris Opera.

Bartu began giving violin recitals at the age of seven. At the age of ten he made his first appearance with an orchestra. He has given several recitals and concerts in Paris and also in different European countries, such as Italy, Belgium and Austria.