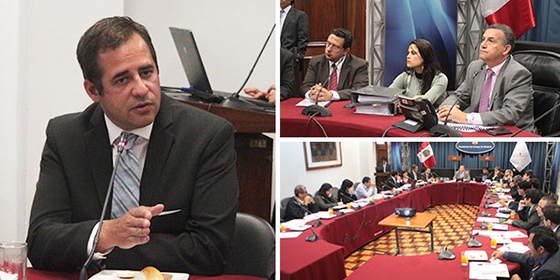 AAF Board member and leading mercury researcher Luis Fernandez met with the Prime Minister of Peru last week to present his findings on the effects of mercury from illicit and unregulated gold mining in the Madre de Dios region.

He warned of elevated levels of mercury in rural and indigenous populations and children living in the region, in a meeting with representatives from the Ministry of the Environment, Ministry of Energy and Mines, the National Water Authority and the Native Federation of Madre de Dios. Fernandez, a member of the Department of Global Ecology at Stanford University, explained that the study, which started in January 2012, found that 60% of the fish sold in the city of Puerto Maldonado has a high concentration of mercury due to contamination in rivers and lakes. He added that the situation is worse for rural and indigenous populations, who tend to consume a wider variety of marine species.

In the meeting, organized by the Office of Mining Formalization, Prohibition of Illicit Mining and Environmental Remediation of the Prime Minister of Peru, he explained that the study analyzed a sample of 1,000 people, including 24 indigenous groups, and found mercury levels three times higher than the permissible limits for human health. The researcher maintains that 75% of the people tested had quantities higher than the maximum limit, and that the most affected populations were the indigenous communities. In addition, 65% of children from Madre de Dios have an average of two times the permitted level.

During his presentation to the Prime Minister, Luis Fernandez emphasized that his research is seeking to protect the great biodiversity of Madre de Dios from the environmental threat facing it, as well as the lives of miners who extract minerals using mercury.