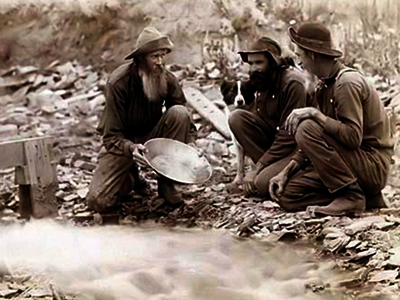 Artisanal and small-scale gold mining is now responsible for the largest intentional releases of mercury into the environment.  Mercury is a highly toxic metal used to extract gold from sediment, and the emissions can be devastating to human health, causing severe damage to the nervous, digestive, and immune systems.  Because of this, the international community has begun to address the need to regulate the supply and trade of mercury at the international level; just last month the United Nations launched a groundbreaking treaty—the Minamata Convention—designed to limit mercury pollution.

The importance of limiting mercury pollution worldwide was emphasized earlier this year by a team of researchers who revealed that the mercury used during the California Gold Rush of the 1850’s continues to exist within sediment below old mines, posing an enormous threat to residents living in the valley below.  During floods, mercury is washed from the foothills into lowland areas, and there is concern that mercury from the mines may eventually make its way into the San Francisco Bay area.  Transportation of mercury-laden sediments downstream results in a number of problems, including bioaccumulation of mercury within fish and other wildlife, consumption of contaminated fish by humans, inhalation of mercury vapors, and accidental exposure to contaminated sediments by local residents.  Researchers suggest that managing erosion within the foothills may decrease the amount of sediment moving downstream, but one big flood could completely devastate the area.

Even though 160 years have passed, the toxic legacy of the Gold Rush continues to compromise the health of local communities, and researchers suggest it will take many hundreds of years more for the mercury to dissipate.  For this reason, it is imperative that the current supply and trade of mercury used in today’s gold mining sector is regulated as quickly as possible.  In 2009, Peru was importing mercury at a rate of 130 tons per year, over 95% of which was used for artisanal gold mining.  In order to protect future generations from the devastation of mercury poisoning, the amount of mercury used in the gold mining sector—particularly in the Madre de Dios region—must decrease drastically.  Mercury that enters the environment today will continue to impact human populations for hundreds of years to come.