Guarani: Indigenous People of the Amazon

Today the Guarani people can be found living in seven of the states in Brazil, with many others living in the neighboring countries of Bolivia, Paraguay, and Argentina. The population of 51,000 is divided into three groups: Kaiowá, Ñandeva and M’byá. The largest is the Kaiowá which means ‘forest people’. They are meant to be wanderers, who are described as having a “constant desire to seek new lands, in which they imagine they will find immortality and perpetual ease” – a land without evil. Today, however, they are forced to live on small patches of land surrounded by ranches and farms. Because they live in overcrowded areas where the land has been deforested, disease and malnutrition are major threats. The conditions they are forced to live in are so drastically different from what their ancestors and spirituality dictate, it is detrimental to their mental health. They have a high suicide rate with over 517 Guarani people committing suicide since 1986. 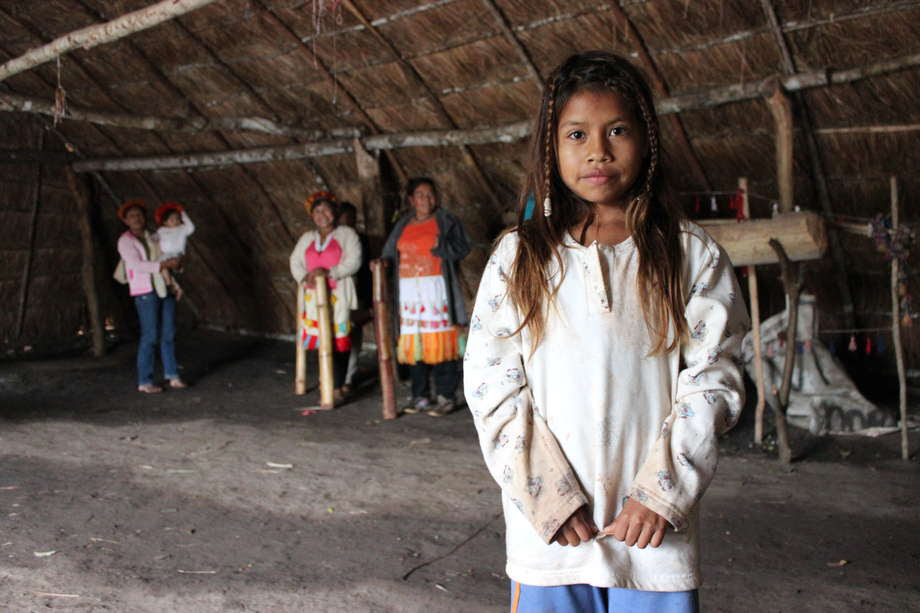 Damiana is from the Guarani-Kaiowá tribe, who are thought to have been one of the first peoples to be contacted after Europeans arrived in South America. Picture © Survival International

In recent years the Guarani have faced many challenges, from the loss of land to the loss of tribe leaders. In 2003 Marcos Veron, Guarani-Kaiowá community leader of Takuára, was brutally attacked by a rancher and his employees  for trying to peacefully move his people onto their ancestral land that they had been kicked out of fifty years ago. They weren’t charged will lesser crimes related to the attack until 2011. 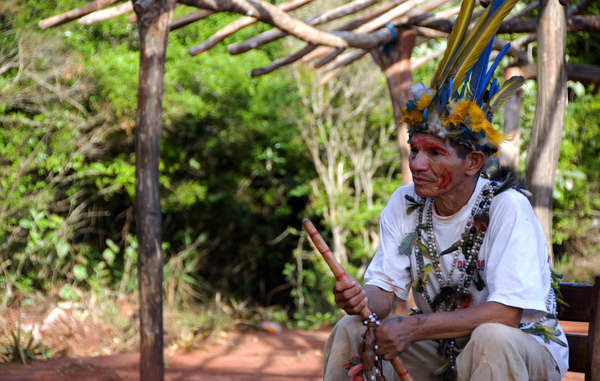 The Guarani suffer extremely high rates of suicide and violence as a result of the theft of their land. © Survival International

Brazil’s most numerous tribe is having trouble finding just a safe place to live. They are forced to live in overcrowded reserves and roadside camps. Eight people from a single community have been victims of hit and runs in 2014 – the youngest one being four years old. Some of the leaders believe that these are targeted, by the ranchers who have taken over the land they are trying to get back.  Public prosecutors in Brazil have requested that the government pay 1.4 million reais (US$ 630,000) in compensation to the Guarani , in addition to the installation of road signs.

Some progress has been made in the movement to get the Guarani their land back. Early last year the government recognized the piece of land as Guarani territory, but it has yet to officially be demarcated for their exclusive use. One of the most recent protests was one by one of the three Brazilian children who released white doves at the World Cup opening ceremony. Jeguaká Mirim of the Guarani tribe held up a red banner reading ‘Demarcation Now!’, referring to the constant struggle indigenous groups have to get recognition of their land rights. Recently, public prosecutors have also asked that FUNAI be fined 1.7 million reais (US$ 770,000) for failing to comply with an official agreement signed for Guarani land demarcation in 2007.