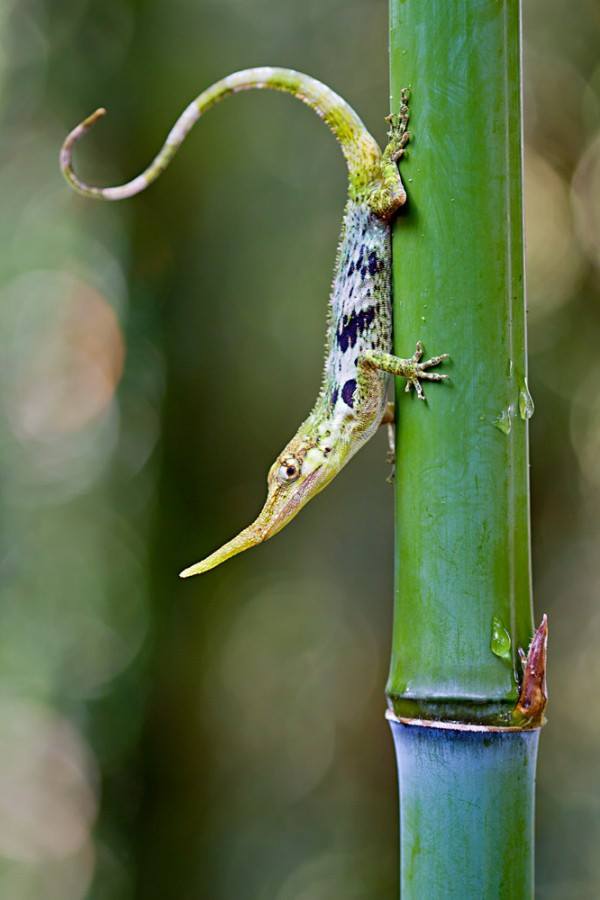 A lizard with a nose that rivals Pinocchio? One of the many fascinating species found recently in the in Amazonian cloud forests is a curious reptile once thought to be extinct.

the long protrusions on the end of their noses that are actually quite flexible.  Only males possess these horns, which still baffle researches as to what their purpose is. Pinocchio lizards are extremely adept at camouflaging and hide in the high canopies of the cloud forests. They move at a sloth’s pace and live high in the forest canopy.

The horned anole was first documented in the 1950s and seemingly vanished afterwards. Harvard University evolutionary biologist and herpetologist Jonathan Losos said, “For 40 years, no one saw it. At that point, we thought the species had gone extinct.” The lizard remained extinct in people’s minds until bird-watchers spotted the long-nosed reptile, bringing hope back to herpetologists in recent years. Researchers immediately went down to Ecuador to study the lizard and as turns out these little anoles are easy to find– if you know where to look. Because the lizard turn a pale white color while they sleep, they were easily spotted with flashlights at night; however, finding out what they did during the day was a little more difficult to do so Losos followed the lizards and a few months of following was all scientists needed to reintroduce this species to the  world.