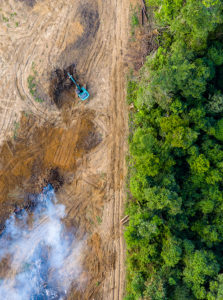 Higher temperatures and deforestation of the Amazon causes the forests to dry out, making them more vulnerable to fires. Unfortunately, with the relaxation of regulations to protect the Amazon in countries like Brazil and Bolivia, the destruction of these critical forests has increased substantially and is responsible for the recent uncontrollable wild fires. With less enforcement in place, people and companies have been emboldened to enter indigenous territories and protected areas to illicitly clear and burn forests for agriculture, mining, and cattle ranching. Until recently, fires in the Amazon have not been a common natural occurrence, but because of the drier conditions, the Amazon has become more susceptible to these man-made fires that easily become out of control.

WHAT IS THE MAIN CAUSE FOR THE DESTRUCTION AND BURNING OF THE AMAZON?

Sixty to seventy percent of all of the deforestation and burning of the Amazon is for cattle production through a slash and burn deforestation technique. There are more than 70-80 million head of cattle now living in the Amazon. In Brazil, it is calculated that the majority of the 45 million hectares, or 62% of the total area cleared is to raise cattle.

WHAT CAN YOU DO? 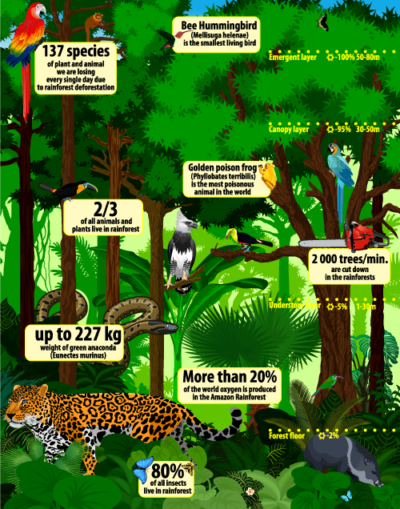 Beef is considered to be one of the most inefficient foods to produce. Beef production contributes 5 times more greenhouse gas emissions, requiring 11 times more water, and 28 times more land than pork, chicken, dairy and eggs. Additionally, when compared to other plant-based products such as wheat and rice, researchers found that beef requires 160 times more land than producing plant-based foods. It can take up to 10 pounds of grain to produce just 1 pound of meat. Cattle production causes environmental problems that range from the burning of forests, soil and land degradation, air and water pollution, the loss of habitat and biodiversity, and methane pollution.

Animal agriculture globally is responsible for more greenhouse gases than all the world’s transportation systems combined, releasing approximately 14.5 percent of all carbon emissions per year.

The production, processing, and distribution of meat require large amounts of fertilizer, pesticides, water, feed and fuel. In the United States around 4 million acres are for producing plants for humans to eat, while around 56 million acres of land are used to grow feed for animals. Approximately 1.3 billion tons of grain are consumed by farm animals each year. If all the grain currently fed to livestock in the United States were consumed directly by people, the number of people who could be fed would be nearly 800 million.

Eating less meat will reduce your carbon footprint and help save forests and the environment. Every little bit helps.

WHAT IS SLASH AND BURN TECHNIQUE AND HOW IS IT AFFECTING THE AMAZON?

Slash and burn technique is the practice used to burn trees and plants to clear land for agricultural purposes, cattle ranching, and mining. Because of drier conditions and higher temperatures related to climate change, this age-old technique for land conversion is beginning to unleash a surge of out of control fires in the Amazon rainforest. 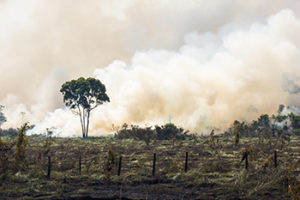 The small-scale slash and burn process begins with the general clearing and burning of the forests to release nutrients locked up in the vegetation that create a thin nutrient-rich layer that blankets the poor soil. Crops will flourish for a few years, then the soil is quickly exhausted of nutrients and soon abandoned, driving farmers to a new area to burn and clear. In many cases the plots are limited in size and are cleared by poor subsistence farmers for purposes such as small-scale cattle production, mining, maize, cassava, rice, fruits and other staples. The work is typically done by hand, using basic tools that include axes and machetes. In best cases, this low intensity farming creates minimal soil interruption which allows the area to grow back through the help of the nearby forests and animals to bring energy, seeds, and nutrients back into the area. However, migration of people to the Amazon for subsistence farming has grown substantially. Small scale slash and burn technique is now affecting even larger swaths of land.

With the relaxation of regulations to protect the Amazon large-scale slash and burn methods have risen and have become extremely dangerous to the environment.

Large scale slash and burn is used to clear and convert large areas of land for permanent industrial agriculture and cattle production to export to the growing global markets instead of for local use. Deforestation and the burning of forests for these single crop plantations and cattle production release significant amounts of carbon into the atmosphere, adding to climate change. Also, large amounts of fertilizer are added as nutrients for the impoverished soil to keep the crops productive and financially viable. Fertilizer can be washed into local streams, affecting fish and aquatic life. These single crops (monoculture) erode soil, pollute air and water, and deplete levels of biodiversity, making the forests more vulnerable to drought, pests, and disease which threatens the health and resilience of the ecosystem.

Slash and burn is used by 200–500 million people worldwide. New alternative methods for slash and burn have been developed and are in use today, including slash and char crop rotation, Inga Alley Cropping, and the multi-production of sustainable forest products. Research for new solutions for working sustainably in the forests while providing economic support for the people who live there is ongoing. Brazil Nut production is an excellent example of harvesting products in the rainforest without harming the forests.

One of the best ways to support the protection of the Amazon and world’s forests is through the power of your wallet.

Purchase sustainable products that ensure a healthy future for our planet. Protect the amazon and help save our world. Try eating less meat and get started today!

Learn other ways you can use the power of your wallet to help save the Amazon.