Many of you have been asking about what you can do to protect the Amazon.

We know that the root cause of the fires that are currently raging through the region at an unprecedented rate is rapid deforestation for the purposes of ranching, farming and mining. It has been reported that the rate of deforestation in Brazil alone has increased by 39% in 2019 due to the significant easing of environmental restrictions in the rainforest for commercial exploitation. At the same time, it has been reported that enforcement of illicit deforestation has decreased by 20%.

The question is: who are the companies responsible for the rapid deforestation that lead to the catastrophic fires threatening the most diverse ecosystem on the planet, its indigenous peoples and ultimately the global climate?

What may surprise you is that through your consumer choices, you likely contribute to one or more of these companies on a daily basis without even realizing it. 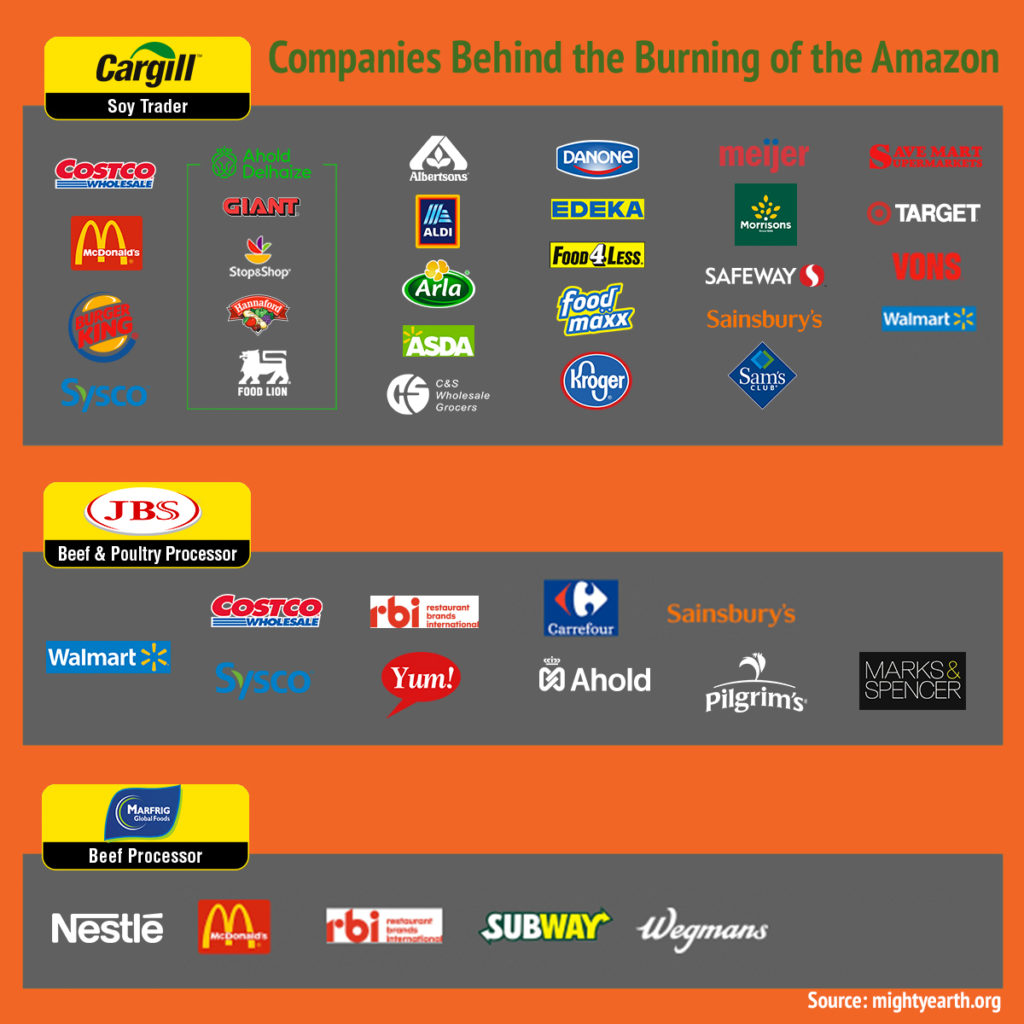 By becoming aware of where your consumer products come from and becoming a mindful consumer, you can do your part to protect the Amazon and help save our planet. Click here for more information about how to be a better consumer.

To read a more in-depth analysis of Amazon’s current deforestation rates and their major culprits, as well as to see maps that show which companies are closely linked to the fires, click here.