Wildlife photographer and Amazon Aid artist Dano Grayson shares the Cocha Cashu experience with the world in these breathtaking photos taken at the remote research station in the Peruvian Amazon. 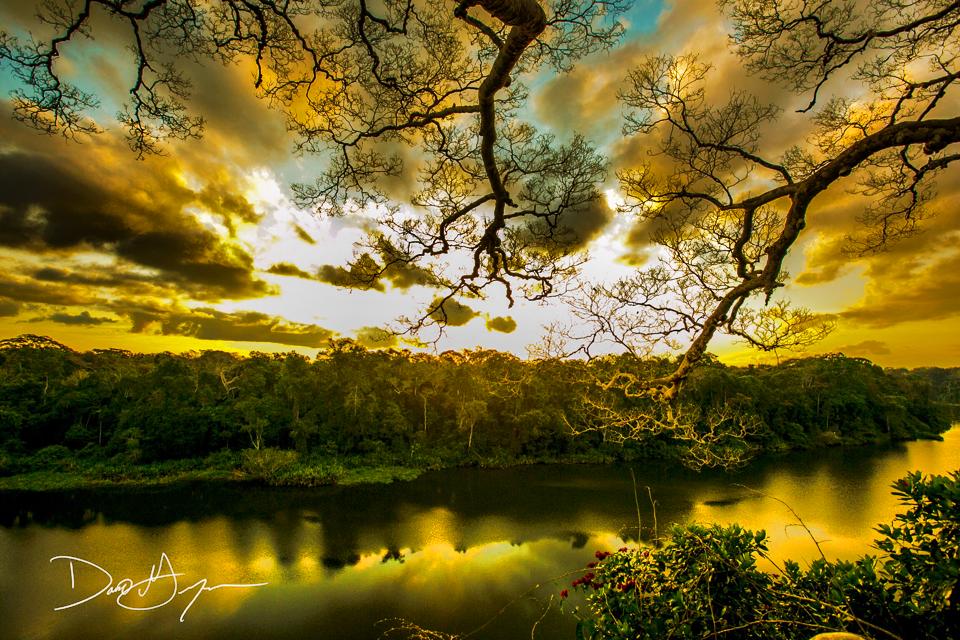 To get a better view of the stunning sunsets in Cocha Cashu, Grayson ascended over 100 feet to the top of the tallest tree he could find. 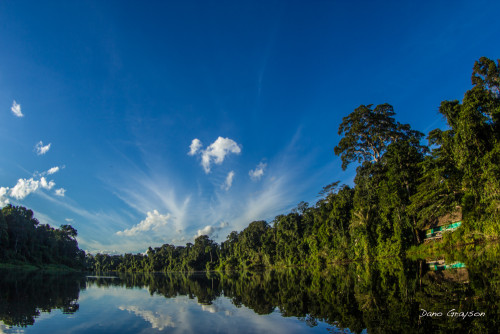 Cocha Cahu lies on the shore of this oxbow lake off the the Madre de Dios River. An oxbow lake is a horseshoe-shaped body of water that forms when a curve in a river gets cut off from the main channel creating isolated calm waters perfect for marsh grasses and wildlife. 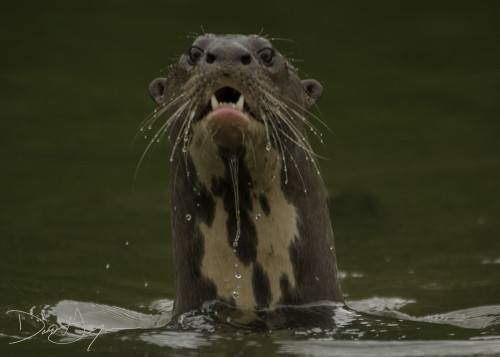 The giant otter, known as the river wolf (lobo del río) in Peru, is a icon of Amazonian rivers. Giant river otters can grow to be over 70 pounds and reach up to six feet long. Once hunted extensively for its pelt and now facing habitat loss, the giant otter has been listed as endangered for over a decade. While there is significant protection of these aquatic mammals in the Peruvian Amazon Basin, they are now one of the rarest otters in the world with only a few thousand believed to survive in the wild. 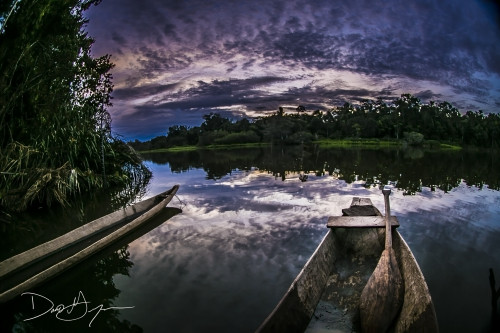 The remoteness of Cocha Cashu makes it only accessible by boat. Once there, hand-carved dugout canoes like these are the primary means of transport other than hiking. 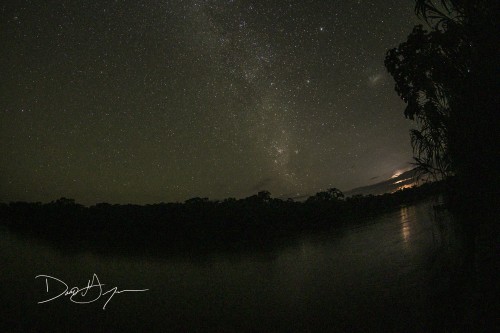 According to NASA, the Amazon rainforest is home to some of the darkest night skies on Earth. 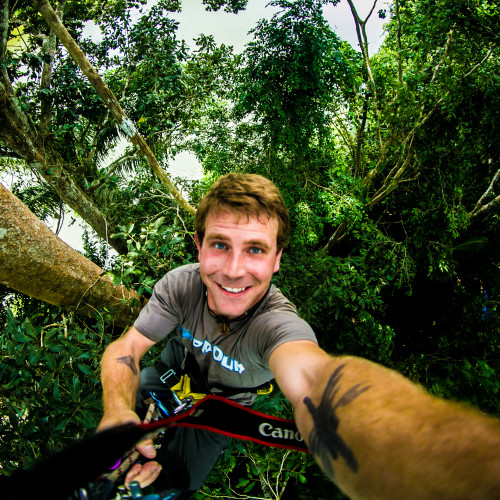 Daniel “Dano” Grayson has spent the past several years chasing wildlife and weather phenomena around places as close to home as the Arizona desert and Florida Everglades to as far away as the high Andes Mountains and deep Amazon rainforest. Working as a field researcher has allowed him access to some of the most pristine and biodiverse places in the world. The photographs he presents are a catalog of incredible adventures to far off lands with inspiring wildlife encounters, sharing via photo, video or timelapse.

See more of Dano Grayson’s adventures on his artist page.

The Cocha Cashu Biological Station (CCBS) is a tropical ecology field station located in Manu National Park, in southeastern Peru. Cocha Cashu is unique in that it is situated in a vast region minimally impacted by man, providing critical insights into the biodiversity and processes of a healthy, intact rainforest. Resting between the Madre de Dios and Cusco regions of Peru, Manu National Park is recognized by UNESCO as World Heritage Site and Biosphere Reserve, boasting unrivaled levels of biodiversity and rare species.