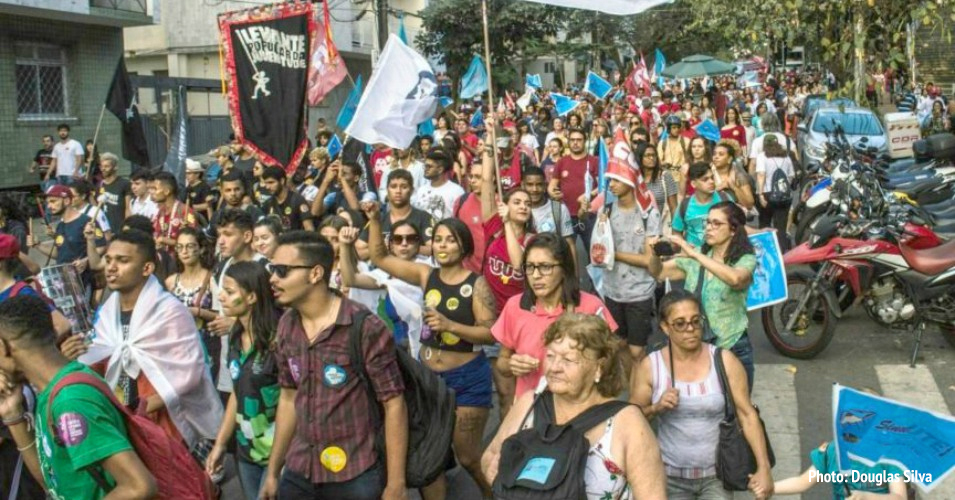 Lilian is an independent filmmaker from Brazil, who uses the power of visual storytelling to express the Brazilian narrative – a country of  diverse cultures spread among vast kilometres of land and distinct historical backgrounds. 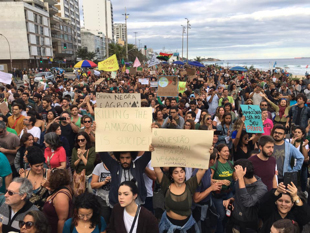 “Killing the Amazon is suicide.” Protesters gather in Ipanema beach.

In Rio de Janeiro, thousands of people gathered in the city to express their outrage towards Bolsonaro’s recent reactions to the ongoing fires which started in mid-August.

According to Bolsonaro, the fires could be partly fueled by criminal deforestation for economic exploitation of the land but can also be an effort from conservation NGOs to defame the current president’s image after he ordered budget cuts to the organizations. The inadequate comment came after NASA disclosed satellite images of the smoke corridors which travelled through states, even transforming day to night in the city of Sao Paulo. 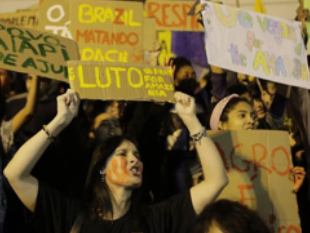 Protestors held posters demanding environmental justice and acknowledgement of research which highlights the correlation between deforestation and the increase in tropical rainforest fires. The president and the Minister of the Environment, Ricardo Salles appointed by Bolsonaro in January, have previously refused to recognize the statistics.

The marches were not connected to political parties but the crowd showed their dissatisfaction with Bolsonaro and his current environmental position.

According to the Amazonia Research Institute (IPAM) the fires have more to do with deforestation than a harsher dry season and heat focuses are already 60% higher than in the three previous years. However, both minister Salles and the president seem to agree that the preservation of the Amazon rainforest and the protection of indigenous land demarcations can hinder the agribusiness profit. The minister has been previously linked to environmental fraud, acting in favor of mining industries during his previous post as Secretary of the Environment in Sao Paulo. 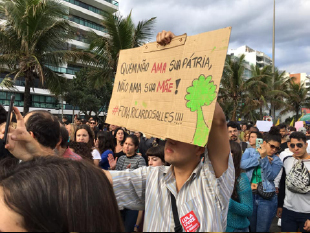 “FORA SALLES”. Protestors are not satisfied with the Minister of the Environment Ricardo Salles and president Jair Bolsonaro.

The heated yet peaceful protests are led by university students, artists, activists, teachers and environmentalists who fear the consequences of the current ruralist ideology not only in the environment, but also on the international, political and economic fronts.

The fires have already caused controversy in the EU-Mercosur agreement with a number of international leaders seeking to sanction Brazil by threatening trade with the environmentally inflamed country. After much debate, G7 leaders have finally agreed to financially and technically help Brazil after the fires are stopped.

The international pressure and repercussion of the protests have forced Bolsonaro to act and send members of the armed forces to contain the fire but there is still much more to question about the president’s will to protect the world’s most biodiverse ecosystem and its remaining indigenous population. 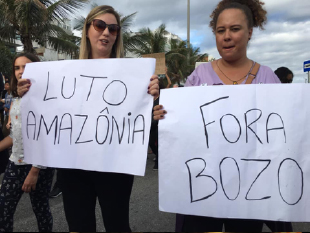 “Mourning the Amazon and “Out Bozo” 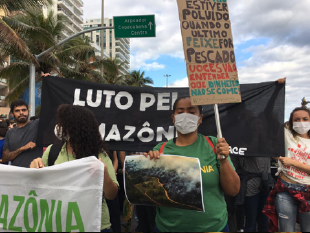 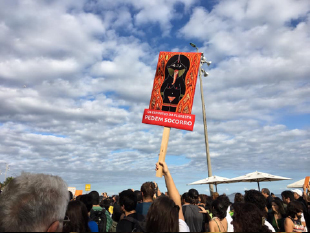