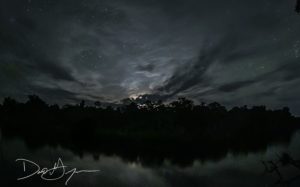 A streetlight flickers on and off by my window at varying intervals, dimming out slowly with an orange glow. Having moved to Detroit from central Virginia, I’m discovering the differences between living in a semi-rural environment and city dwelling. One change is how dark the night is. All the streetlights, car headlights, and lights from surrounding houses keep things dimly glowing at all hours of the night. It doesn’t take me long to be very aware of this change, even though the velvety darkness of the sleepy suburbs where I’ve always lived is something I always took for granted. 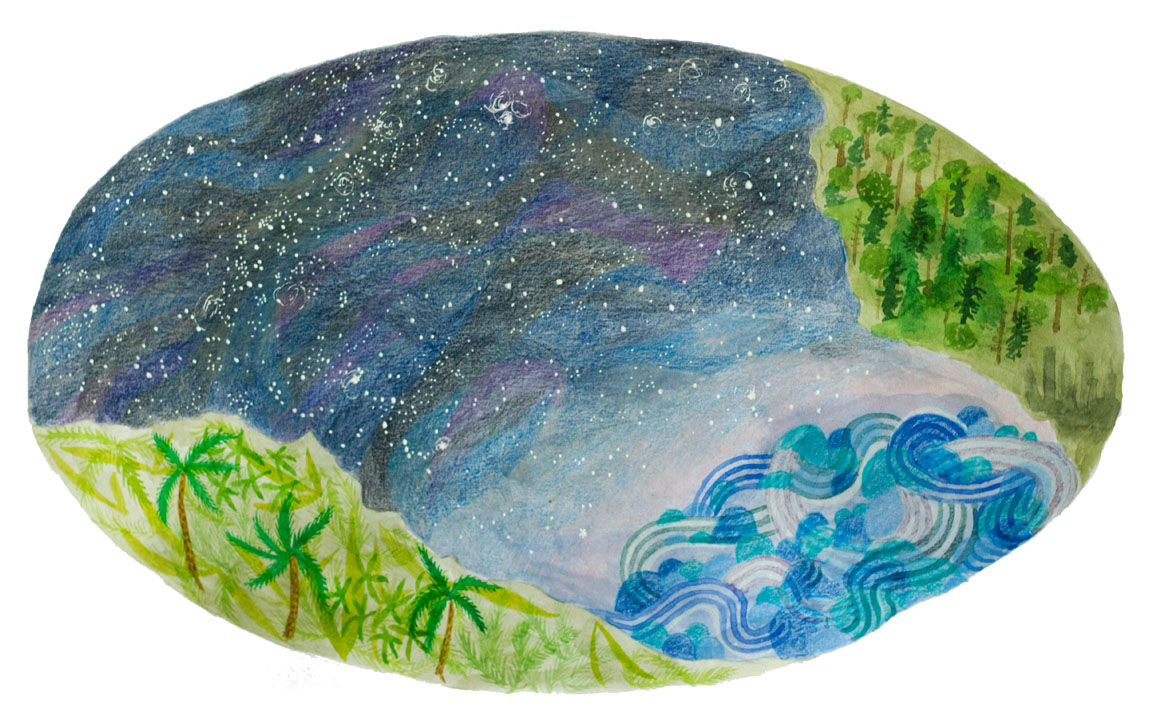 We may be separated by land and sea, but we all share the night sky. Drawing by Julia Loman

Living in a city, there are very few places to get an unobscured view of the night sky. Light pollution leaves the sky a hazy indigo-grey color throughout the night. Even so, telephone wires and buildings usually block all but a scrap of sky with a few stars and perhaps the moon.

Within a few weeks of being in Detroit, I learned about a dark sky park in northern Michigan. At first it seemed a little absurd to travel a long distance just to see the night sky. Feeling the need deep within myself to experience the great expanse of the night sky, though, I decided to make the trek. I recruited a friend and we ventured north one warm fall afternoon. It was dark when we arrived, and much to our surprise, we found that we were on the edge of Lake Michigan. Waves from the huge lake lapped at the rocks just yards away from the patch of sand where we laid our tarp. I was immediately overtaken by the vast sky, peppered with stars already even though the sun had only recently set.

My troubles seemed to melt away under the starry heavens. The connection I felt to the earth and sky was like nothing I’d experienced before; I was intensely aware of the tremendous space above me and grateful for the solid earth below me. 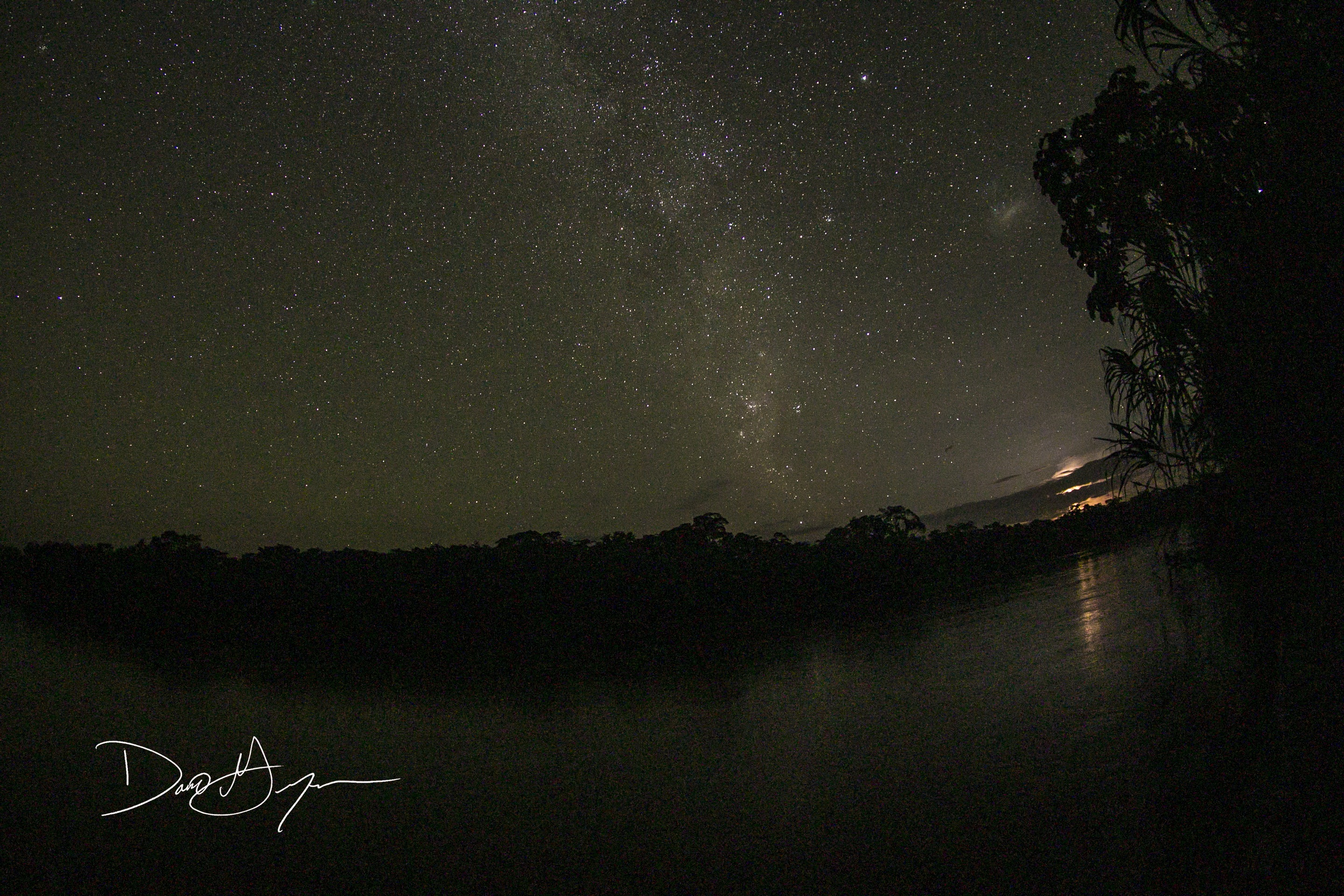 In areas of the world that are heavily populated, as it is where I live, it’s a rare experience to be completely immersed in darkness. The dark sky has become a destination, complete with guides and signs and nearby tourist accommodations. However, there are still parts of the globe where this not the case. According to NASA, the Amazon Rainforest is home to some of the darkest night skies on Earth. This is not because it’s been declared a dark sky preserve and light limitations have been set around it, as is the case for most dark sky areas in the United States and Europe. Instead, the Amazon has many areas that are simply undisrupted by human settlements and lights. A person visiting the Amazon would likely encounter breathtaking skies full of stars without even making a special effort to seek them out.

The human experience of wonder brought about by the night sky is only one reason that dark areas like the Amazon are so special. Plants and animals that live in the Amazon are adapted to living in an environment without artificial light. For example, fruit bats that move around and feed at night are less likely to enter areas with artificial light [1]. This kind of behavioral change has implications that can spread throughout ecosystems, since fruit bats help distribute seeds of the fruits they eat. This is a crucial role that influences plant species diversity and helps speed up rainforest regeneration where it has been lost. In addition, light pollution in the rainforest may also affect songbirds and primates, which also play a part in seed distribution [2]. 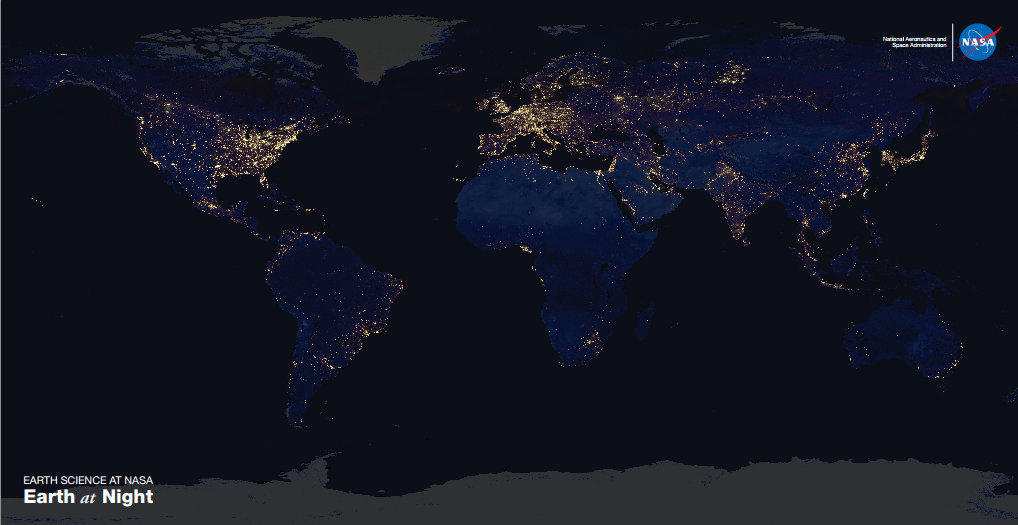 For people who live far away from the rainforest, it’s easier to understand loss of the rainforest through photographs of visible destruction from clear-cuts or mining. These actions have significant and disastrous effects on the environment. However, there are subtle but profound changes that come from something as simple and familiar as lights at night. It’s important to remember that as humans, even the seemingly insignificant changes we make to the world around us can impact the finely tuned balance that the natural world needs to maintain.

The current moment is a crucial time to advocate for and protect the Amazon Rainforest. Pristine areas of land are being destroyed at a phenomenal rate, in a way that disrupts not only the Amazon, but also impacts the rest of the world. With more people who take even the smallest action to support efforts to protect the rainforest, there is a greater chance that these efforts are able to have a significant positive impact.

Sign the petition to get global leaders to address rainforest deforestation at COP 21, the international climate change convention held in Paris.

Adopt a tree to be planted in areas affected by gold mining with the Adopt a Tree program.

And enjoy the night sky, whether you are in a place with a few stars or a sky full of thousands!